Kumaraswamy Has No Faith In Coalition Partner Congress: BS Yeddyurappa 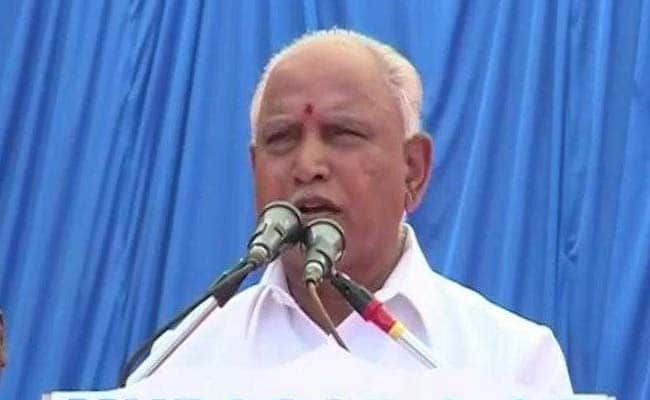 New Delhi: BJP leader BS Yeddyurappa said today that Karnataka Chief Minister HD Kumaraswamy had no faith in the Congress, his party's alliance partner in the state. He accused the Chief Minister of "arrogant and authoritative behaviour".

He said that Mr Kumaraswamy of the Janata Dal Secular (JDS) did not allow Deputy Chief Minister G Parameshwara to speak at a press conference, which indicated his lack of trust towards the Congress.

"Kumaraswamy's arrogant and authoritative behaviour makes it clear to the people of the state that he does not have faith or trust in the Congress," Mr Yeddyurappa said in a statement.

"What can people expect from such an unholy alliance? It also indicates lack of camaraderie in him," he alleged.

Mr Yeddyurappa said Chief Minister Kumaraswamy's behaviour with a politician like the Deputy Chief Minister was an insult to the political community.

He added Mr Kumaraswamy's remark against Lingayat pontiff Panditaradhya Shivacharya Swamiji, asking him not to poke his nose in politics was "unfortunate and unwarranted".

"Such derogatory remarks from him on first day of his becoming chief minister are both surprising and shocking," he added.

"Kumaraswamy's comments about Swamiji, who is a guiding spirit for the people, are in poor taste and had hurt the feelings of crores of followers and disciples," he said.

Promoted
Listen to the latest songs, only on JioSaavn.com
Mr Kumaraswamy's remarks exposed his bent of mind besides indicating his "arrogance of power," Mr Yeddyurappa said.