Kulhads To Make Comeback To Railway Stations 15 Years After Introduction

Railway Minister Piyush Goyal has instructed caterers at Varanasi and Rae Bareli stations to use terracotta-made "kulhads", glasses and plates 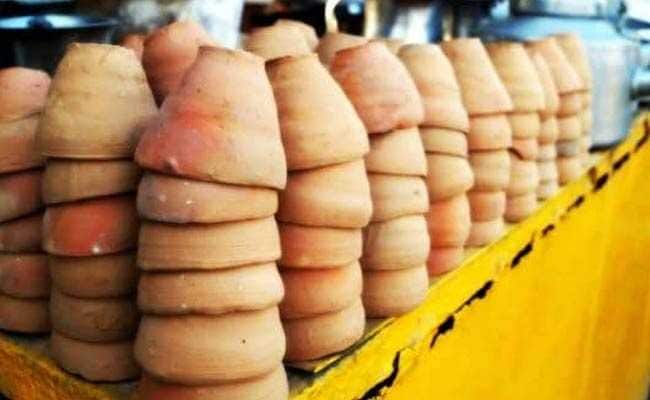 Having been elbowed out by the more utilitarian plastic and paper cups over the years at railway stations, "kulhads" which were introduced by former railway minister Lalu Prasad 15 years ago are all set to make a comeback at catering units.

Railway Minister Piyush Goyal has instructed caterers at Varanasi and Rae Bareli stations to use terracotta-made "kulhads", glasses and plates, according to a circular issued by the board to the chief commercial managers of Northern Railway and the North Eastern Railway.

The move will not only give passengers a refreshing experience but also provide a huge market for local potters who are struggling to make ends meet, officials said.

"Zonal railways and the IRCTC are advised to take necessary action to ensure use of locally produced, environmentally savvy terracotta products like ''kulhads'', glasses and plates for serving items to passengers through all static units at Varanasi and Rae Bareli railway stations with immediate effect so that local terracotta product manufacturers could easily market their products," the circular stated.

The proposal had come in December last year from the chairman of Khadi and Village Industries Commission (KVIC) who had written a letter to Mr Goyal, suggesting that these two stations be used to generate employment for potters around the area.

"We have been giving potters electric wheels which have increased their productivity from making 100 cups to around 600 cups a day. It was important to give them a market to sell their wares and generate income. With the railways agreeing to our proposal, lakhs of potters have now got a readymade market," KVIC Chairman V K Saxena told PTI.

"It''s a win for all. The entire community is thankful to the railways and hopefully we can do this across its network eventually," he said, adding that he is expecting the daily production of pottery to reach 2.5 lakh to meet the demands of these two stations.

Under the Kumhar Sashaktikaran Yojana, the government has been distributing electric wheels to potters to increase their productivity.

In Varanasi, the prime minister's parliamentary constituency, around 300 such wheels have been distributed with 1,000 more in the pipeline.

In Rae Bareli, the parliamentary constituency of UPA chairperson Sonia Gandhi, 100 have been distributed with 700 more to be given out.

Over all, the KVIC will distribute around 6,000 electric wheels across the country this year, Mr Saxena said.

In 2004, Lalu Prasad had introduced "kulhads" to boost the dying pottery industry and also give passengers a taste of eco-friendly cups. He had made it clear that hot beverages should be served only in "kulhads".

Though no specific allocation was made for "kulhads" in the rail budget, railway officials said it was included in the target of sundry other earnings, placed at Rs 1,072 crore.

However, efforts of the railways did not get much traction from both passengers and vendors who complained about the poor quality of earthen cups.

At most stations, paper and plastic cups are used to serve beverages. But with the present government batting for the green and eco-friendly ''Made in India'' produce, "kulhads" could have a longer innings this time, the officials said.