Dalbir Kaur expressed doubts whether Pakistan will comply with the ICJ's verdict if it is in India's favour. 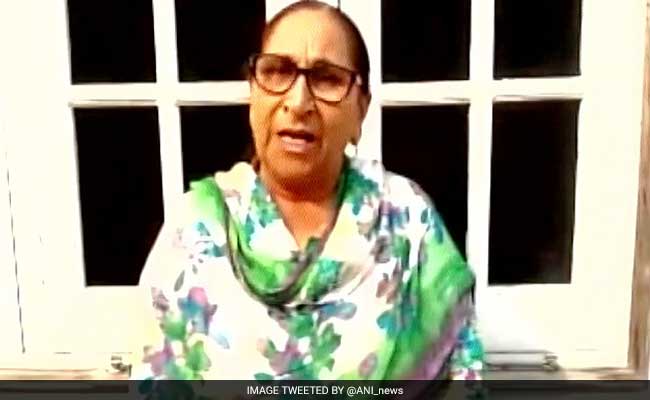 "I fully believe that the decision will be in our favour," Dalbir Kaur said

Dalbir Kaur, the sister of Sarabjit Singh who was sentenced to death in Pakistan over terrorism charges, said that she "fully believed that the International Court of Justice's verdict in Kulbhushan Jadhav's case will be in India's favour."

Sarabjit Singh died in a Pakistan prison after some inmates attacked him in 2013.

Speaking to ANI, Dalbir Kaur said, "Our government has made a strong case at the International Court of Justice and after looking at all the facts, I fully believe that the decision will be in our favour and his (Kulbhushan) punishment will be waived off."

She, however, expressed doubts whether Pakistan will comply with the ICJ's verdict if it is in India's favour.

"It is doubtful whether Pakistan will comply or not as there has always been a difference between what they say and what they do. But there is definitely hope as Pakistan will bring disrepute to them if they violate ICJ's order," she said.

When asked about recent reports emerging from Pakistan on the arrest of 2008 Mumbai attacks mastermind Hafiz Saeed, Ms Kaur said, "I don't know whether Pakistan's intentions are honest or not. Earlier also he was under house arrest but was later let go."

"If their intentions are indeed true, then they should hand Hafiz Saeed over to India," she added.

Kulbhushan Jadhav, a 49-year-old former Naval officer, was sentenced to death by a Pakistani military court on April 11, 2017, on alleged charges of "espionage and terrorism".

Following this, India had approached the ICJ against Pakistan "for egregious violations of the Vienna Convention on Consular Relations, 1963" in the matter.

The hearing in Mr Jadhav's case started this year in February at the ICJ headquarters in The Hague.

The verdict is likely to be read out by President of the ICJ Judge Abdulqawi Ahmed Yusuf at around 6:30 pm (IST) at the Peace Palace in The Hague.