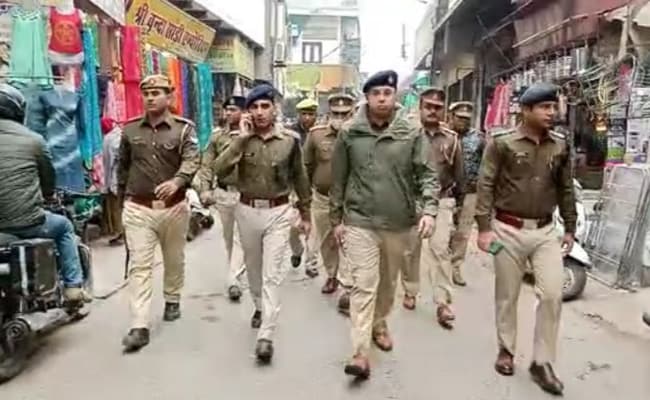 There is heavy security in Mathura, which is 400 km west of Lucknow

A top priest in Uttar Pradesh's Ayodhya has told NDTV that focus on Mathura - the birthplace of Lord Krishna - coinciding with the December 6 anniversary of the demolition of the Babri Masjid is part of the ruling BJP's politics ahead of the Assembly election due in two months.

There is heavy security in Mathura - 400 km west of Lucknow - where a right-wing group called Akhil Bharat Hindu Mahasabha threatened to install a Krishna idol at the Shahi Idgah today. The mosque is next to the Krishna Janmabhoomi and petitions in local courts claim it as part of the Janmabhoomi.

The group called off its plans after police warned of strict action.

When asked about the brewing confrontation in Mathura, Satyendra Das, the chief priest of the Ram Janmabhoomi in Ayodhya - where the under-construction Ram Temple is expected to be finished before the 2024 election - said he was uninterested.

"It is up to the BJP... our boundaries are till the 'Ram Lalla'. We are not looking at Mathura. A grand temple to the Ram Lalla is being built. Now, after this, whether they go to Kashi or Mathura is a matter of the BJP... they will continue their politics," he told NDTV.

"Ours is not politics. We are interested in religion and the grand Ram Temple is being built. Our boundaries are there... if someone goes to Kashi or Mathura, we are only with 'Ram Lalla'," he said. 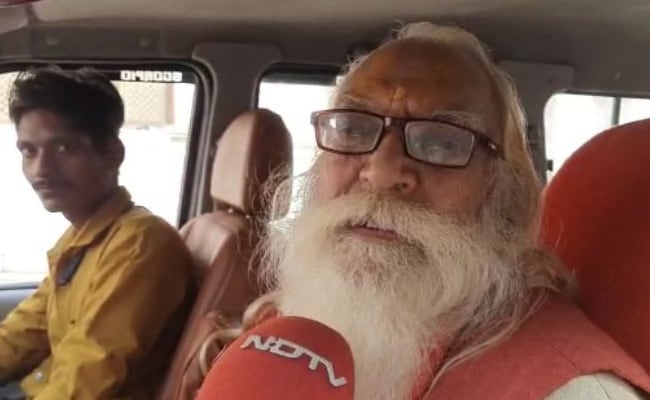 The build-up to the controversy in Mathura began last month (a day after Diwali), when Chief Minister Yogi Adityanath, attending celebrations in Ayodhya, spoke about 'kar sewa' at other places.

In an attack the opposition (without naming Mathura), he declared: "Talking about the Ram Temple was a crime... but look at the power of democracy. It is this power that has caused those who were firing bullets at you to bow down in front of you."

"... if you carry on like this, they and their families will be standing in queues for the next 'kar sewa'. When that happens, there will be no bullets but a shower of flowers on Ram bhakts," he said.

A month later (and just days before the Bari Masjid demolition anniversary), Deputy Chief Minister Keshav Prasad Maurya tweeted what appeared to be a call for a temple in Mathura.

The same evening, Mr Maurya, on record, seemed to justify his tweet.

"It is the opposition that does the politics of Muslim appeasement. I want to say clearly that a grand temple is coming up at Ram Janmabhoomi and the Kashi corridor is coming up in Varanasi... and everyone wants a grand temple at Krishna Janmabhoomi. I only expressed this sentiment. I want to ask (Samajwadi Party chief and BJP challenger) Akhilesh Yadav... do they oppose or support the building of a temple at Mathura?" he told reporters who asked about his tweet.

"In Assam's Path To Peace, ULFA (I) Is The Last Target": Himanta Sarma