Cyclone Fani: All flights from Odisha capital Bhubaneswar have already been cancelled from midnight as the extremely severe cyclone nears the state's coast, south of temple town Puri. 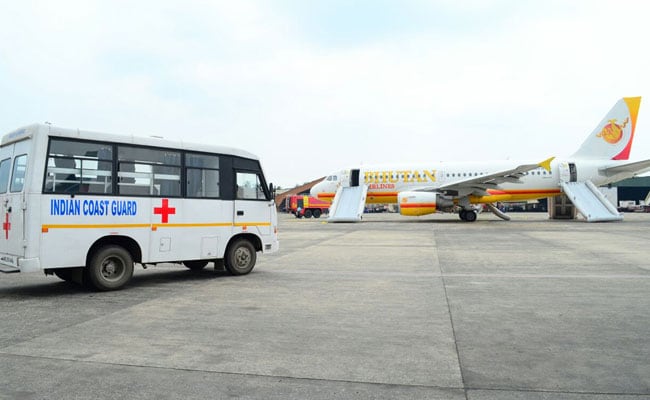 Cyclone Fani is likely to make landfall this morning

No flights will take off or land from Kolkata's Netaji Subhas Chandra Bose International Airport from 9.30 pm today till 6 pm on Saturday as Cyclone Fani is expected to make landfall in the morning. All flights from Odisha capital Bhubaneswar have already been cancelled from midnight tonight as the "extremely severe cyclone" nears the state's coast, south of temple town Puri.

Indian aviation regulator DGCA, in an advisory, said the flights are being "cancelled in advance in order to avoid passenger inconvenience and safety of operations".

The flights will be resumed after "positive clearance" from respective air traffic control, the advisory said.

Civil Aviation Minister Suresh Prabhu said all authorities have been alerted so that they are ready to deal with the cyclone and all airlines have been requested to offer assistance in rescue and relief operations.

All airlines are requested to offer all assistance for rescue and relief operations in view of #CyclonicStormFANI All relief material should be airlifted to be delivered to officially designated agencies We all in #aviation sector must rise to occasion.Controll room being set up

Various other domestic airlines have been affected due to the forthcoming cyclone.

IndiGo cancelled all flights to and from Andhra Pradesh's Visakhapatnam today. Vistara airlines waived off "change and cancellation fee" for flights that will depart or arrive from Kolkata and Bhubaneswar between May 2 and May 5.

In a statement, GoAir said it "is waiving cancellation and change fees for Bhubaneswar, Kolkata and Ranchi flights for travel between 2nd May 2019 to 5th May 2019."

A high level meeting was chaired by Prime Minister Narendra Modi today to review preparedness on the ground ahead of the cyclone.

Almost 1 million people from Odisha have been evacuated to temporary shelters as worst cyclonic storm since 2014 is set to hit the state with wind speeds likely reaching as high as 200 kilometers per hour.

The Navy and the coast guard have deployed ships and helicopters for relief operations, according to a government statement.

Odisha was battered by a super cyclone in 1999 leaving almost 10,000 people dead.