Union minister Kiren Rijiju said the Golf Club incident, where a woman from Meghalaya was asked to leave the club for looking like a maid, reflected an 'elitist mindset'. 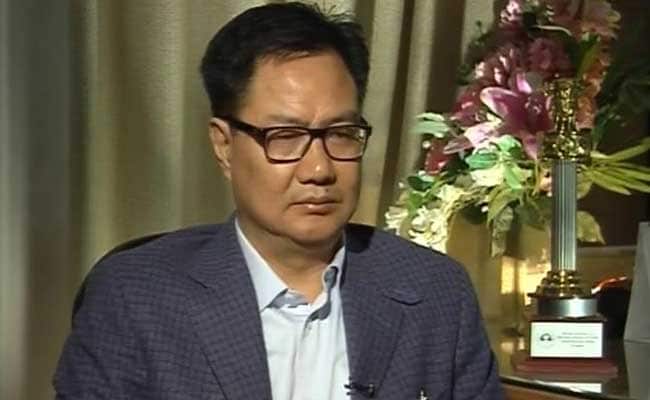 New Delhi: Union minister Kiren Rijiju today said the Delhi Golf Club incident, where a woman from Meghalaya who was dressed in a traditional Khasi attire, was asked to vacate the Club for "looking like a maid," is a clear case of racial discrimination.

Mr Rijiju raised the matter with Amulya Patnaik after Meghalaya Chief Minister Mukul Sangma discussed the issue with him.

"I will also speak to the urban development ministry on how such privileges can be given to people with such mindsets," Mr Rijiju said.

Mr Rijiju told reporters no one had the right to judge a person by his or her attire.

"It was a clear case of racial discrimination. Such an elitist mindset of some people will destroy the social fabric of the country," he said.

The Meghalaya woman, Tailin Lyngdoh, was asked to leave the room because the club's staffers believed her traditional outfit looked like a "maid's uniform", her employer, Nivedita Barthakur Sondhi, told PTI.

The club issued a statement today, saying it had apologised to the club member who had invited Sondhi and her son's governess, Ms Lyngdoh, to lunch. It also said the incident was being given a "political and cultural overtone".

The Delhi Golf Club incident, he added, was also a case of racial discrimination.

"It reflected how we treat our own people in our own country," he said.

The club must accept it was wrong and act accordingly, he said, adding that there was "no point" issuing a statement.

In its statement, the Delhi Golf Club said the member who had hosted the lunch had "unconditionally" accepted its apology.

"It is unfortunate and regrettable that an undesirable attempt is being made to give the incident a political and cultural overtone," the club said.

It said the club management immediately investigated the incident.

"It has emerged that the incident could have been handled in a much better way by the staff members," it said.

"It was also confirmed that the guests were not asked to leave the club premises," the statement said.
Comments
Delhi Golf ClubMeghalaya womanKiren Rijiju