The group, which had attended the Ujjain Kumbh in 2016, has been taking part in the holy baths at the Kumbh Mela this year along with the other akharas. 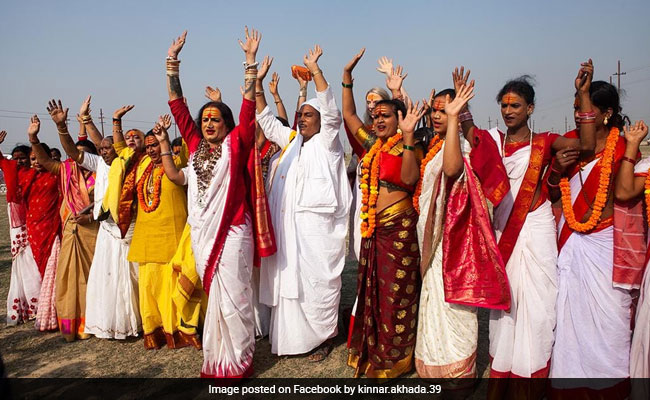 Kinnar Akhara, a group of transgender saints in Prayagraj Kumbh announced on Monday that it will set up an ashram in the city, according to a statement issued by the Ministry of Culture.

The group, which had attended the Ujjain Kumbh in 2016, has been taking part in the holy baths at the Kumbh Mela this year along with the other akharas.

"Transgenders were badly exploited in the society and even their parents were forced to live a disgraceful life. Transgenders have been part of Sanatan Dharm and they have been given respectful status in religious epics and books of Hindu mythology. The Akhara has provided a forum to transgenders to pursue a dignified life with religious rituals. We will build an ashram at Prayagraj," Acharya Mahamandaleshwar Lakshmi Narayanan Tripathi, the chief of the Kinnar Akahara has been quoted as saying in the statement.

He said the Juna Akhara, a traditional and powerful akhara, has given the recognition to Kinnar Akhara and has allowed it to be a part of the Shahi Snan.

Tripathi expressed gratitude towards the chiefs of Juna Akhara.

Kinnar Akhara has set up a huge camp in Sector 12 at Prayagraj Kumbh and it attracts hundreds of thousand devotees daily, according to the statement.

Its camp will continue till Maha Shivratri. Traditional akharas leave the Mela after taking the third Shahi Snan on Basant Panchami.