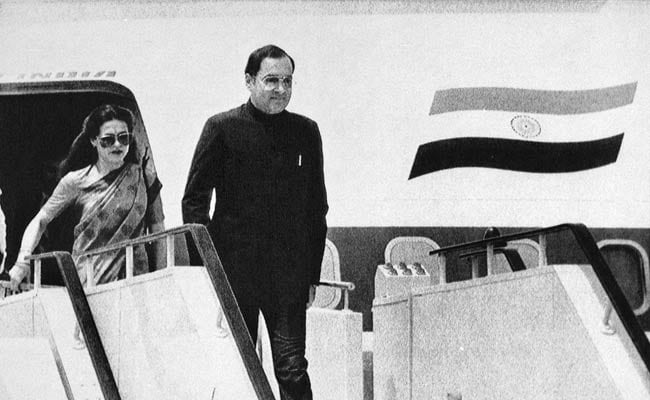 But they admitted the truth to Balasingham "a few weeks" after the May 21, 1991 assassination, says Mark Salter's book "To End A Civil War" (Hurst & Company, London).

The just released 549-page book is the most exhaustive account of the Norwegian-led peace process that sought to end three decades of conflict in Sri Lanka.

The conflict finally ended when the Sri Lankan military crushed the Liberation Tigers of Tamil Eelam (LTTE) in May 2009, wiping out its entire leadership including Prabhakaran and Pottu Amman.

"Perhaps most controversially, in terms of official LTTE policies, Balasingham conceded that the killing of Rajiv Gandhi was the biggest mistake the LTTE had ever made," says the book.

The LTTE has never officially admitted to killing Mr Gandhi, who was blown up by a Sri Lankan Tamil woman suicide bomber at an election rally near Chennai.

Privately, Balasingham told the Norwegians that Mr Gandhi's killing "was a complete disaster".

According to Mr Solheim, Balasingham put the decision to kill Mr Gandhi to Prabhakaran's desire for revenge for Tamils killed by Indian troops when they were deployed in Sri Lanka in 1987-90, and a belief that Gandhi may again send the troops to Sri Lanka if he returned to power.

Mr Solheim also says that although Balasingham, who in his final year was based in London and died of cancer in December 2006, wanted to reach out to the US and Europe, his real affinity was with India.

"Thus at the end of his life in 2006, Balasingham went so far as to try and 'apologize' to India for this misdeed (assassination)."

After Mr Gandhi's assassination, India outlawed the LTTE - which was earlier based in Tamil Nadu and enjoyed New Delhi's blessings - and declared Prabhakaran and Pottu Amman proclaimed offenders.

In contrast, Balasingham had no hesitation in admitting that the LTTE assassinated moderate Tamil leader and academic Neelan Tiruchelvam - who was critical of the Tamil Tigers -- in July 1999 on a Colombo street.

When the Norwegians, Mr Solheim included, confronted Balasingham on the killing, the book quotes the latter as saying point-blank: "Yes, we killed him and if you listen to me I will tell you why."

The book quotes Solheim as saying that Balasingham once referred to Prabhakaran as a "warlord" and said the LTTE needed to transform into a political entity.

Balasingham also told Mr Solheim, who is now based in Paris: "You must never underestimate the capacity for violence of these guys (LTTE)."

According to Mr Solheim, Balasingham "was very frank with us, including admitting to the LTTE's mistakes.

"Over time I came to regard Bala highly and to consider him as a great human being as well as a good friend."