Metropolitan Magistrate Nishant Garg framed the notice on charges in a complaint lodged by Mr Saxena against Ms Patkar for allegedly defaming him on a TV news channel in 2006. 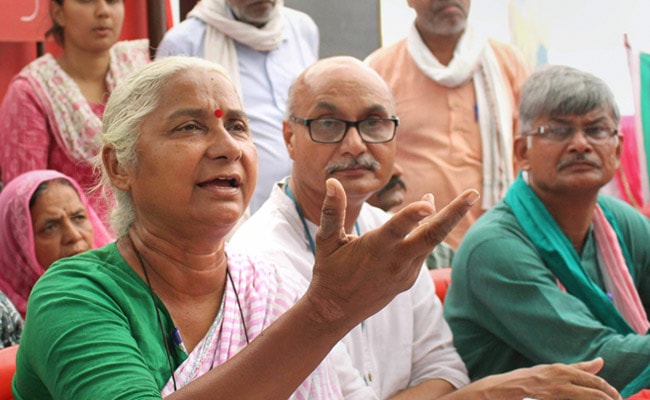 Metropolitan Magistrate Nishant Garg framed the notice on charges in a complaint lodged by Mr Saxena against Ms Patkar for allegedly defaming him on a TV news channel in 2006.

"Prima facie case is made out against the accused for the offences," the magistrate said.

The court framed the notice against the activist under sections 499/500 (defamation) of the IPC and fixed the matter for recording of Mr Saxena's evidence on August 28 which entails a punishment of up to two years.

Ms Patkar and Mr Saxena have been embroiled in a legal battle since 2000 after she filed a suit against him for publishing advertisements against her and the Narmada Bachao Andolan (NBA). Mr Saxena was then the chief of an Ahmedabad-based NGO, National Council for Civil Liberties.

Mr Saxena, in turn, had filed two cases against her for making derogatory remarks against him on a TV channel and issuing a defamatory press statement against him.

The notice was framed today in one of the defamation cases filed against Ms Patkar by Mr Saxena in which she had allegedly made a statement in April 2006 on a panel discussion on a news channel claiming that Mr Saxena had received civil contracts from Gujarat-based Sardar Sarovar Nigam, which manages the Sardar Sarovar Dam. The allegation was denied by Saxena.

Soon after the defamation complaint was lodged by Mr Saxena against Ms Patkar, Sardar Sarovar Nigam Ltd, in a letter to the Gujarat Police, had said that "V K Saxena, neither in his personal capacity, nor as President of National Council for Civil Liberties (NCCL), ever applied to the Nigam for the award of any civil contract and/or for any supply contract in the past, nor the Nigam has ever given any civil or any other contract to him or to his NGO-- NCCL."

The court has separated the three ongoing defamation cases -- one filed by Ms Patkar and two by Mr Saxena, considering that these were pending since long and needed to be expedited.

While Mr Saxena's other defamation case is listed for August 27, the case filed by Ms Patkar will be heard on August 29 when her cross-examination will continue.

The activist, in her complaint, has alleged that she was defamed by an advertisement published by Mr Saxena in November 2000 and the imputations made in the publication affected her reputation and fame and caused her immense harm. The court had on April 9 begun the cross-examination of Ms Patkar in this case during which she had denied having deliberately concealed facts to tarnish Mr Saxena's image.

The activist had been confronted by Mr Saxena's counsel with the facts of a separate complaint lodged by her against Mr Saxena for allegedly physically assaulting her in Sabarmati Ashram in Gujarat in 2002.

Mr Saxena, during his cross examination in the defamation case filed by him against Ms Patkar, had on December 8 last year alleged that NBA was opposing every developmental project in the country.