It Was Mullaperiyar: In Top Court, Kerala Blames Tamil Nadu For Floods

Kerala said it had suggested a gradual release of water from Mullaperiyar dam when the water level was at 136 feet, but Tamil Nadu did not accept. 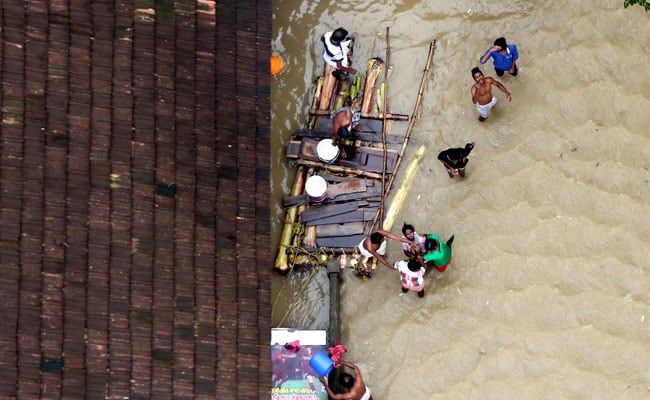 Kerala said the floods have caused damages to the tune of 19,500 crore.

Sudden release of excess waters from Mullaperiyar dam by Tamil Nadu was one of the reasons why the floods happened, Kerala told Supreme Court on Thursday. The release caused an overload in the Idukki reservoir downstream and water had to be released, Kerala said in an affidavit in the Supreme Court, filed in response to a petition that wanted a reduction of water level at the Mullaperiyar Dam.

Tamil Nadu contends that it released water on August 16, nearly a week after floods started in Kerala. In its counter-affidavit, expected to be filed today, the state said it is allowed by the Supreme Court to store water upto 142 feet.

Since August 8, Kerala was being battered by torrential rains, which turned out to be part of the worst monsoon in a century that cost more than 350 lives. The floods, Kerala said, have caused damages to the tune of 19,500 crore, wiping out houses, crops and infrastructure across vast stretches.

The affidavit on Thursday also said of the state's 1,564 villages, 774 -- spanning 13 of its 14 districts -- were flooded. The deluge affected directly affected more than 54 lakh people, one sixth of the state's population. Around 13 lakh people had to leave their homes and go to relief camps.

Kerala, however, has been at loggerheads with Tamil Nadu for long over the Mullaperiyar dam, contending that it has developed leaks and needs to be decommissioned. Tamil Nadu operates the dam, located in Kerala, under an 1886 pact drawn up between the British and the Maharaja of Travancore.