According to Sajan Prakash's family, his grandparents, uncle and three others are missing since Thursday in Idukki. Sajan Prakash reportedly spent a sleepless night worrying about his relatives, the day before the race.

Indian swimmer Sajan Prakash, who reached a milestone at the Asian Games but stopped short of winning a medal on Sunday, performed amid deep anxiety over his relatives in flood-hit Kerala, says his family.

Sajan Prakash is the first Indian swimmer to qualify for the finals of the 200m butterfly at the Asian Games since 1986. He had qualified as the third fastest swimmer but finished fifth in the final race on Sunday.

Sajan Prakash, who represented India in the Rio Olympics as well, lives in Neyveli near Puducherry with his mother.

According to his family, his grandparents, uncle and three others are missing since Thursday. They stay in Idukki, which was badly hit by Kerala's worst floods in a century.

Sajan Prakash's mother Shantimol - also a former international athlete - says he was "very upset and distracted" and would have won in different circumstances. 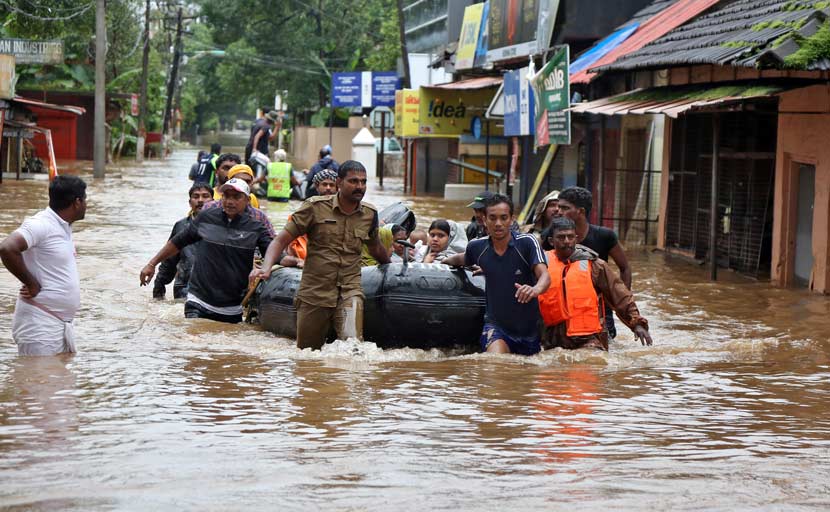 Kerala Floods: Lakhs of people were displaced after their homes were destroyed in floods and landslides.

The swimmer has two more events left, today and on Wednesday.

His mother said she was able to speak to her family for just a minute, and was told that they were being taken to safety. But the phone call got disconnected and there has been no contact since.

Sajan Prakash reportedly heard the news from friends somehow and spent a sleepless night worrying about his relatives, the day before the race.

At Idukki, where his mother's family stays, dams were opened around two weeks ago, for the first time in 25 years, as water levels rose in the reservoir because of heavy rain.

Around 200 people have died since then and lakhs have been displaced.