Along with the centre, many states too have taken the lead and announced help for flood-ravaged Kerala. 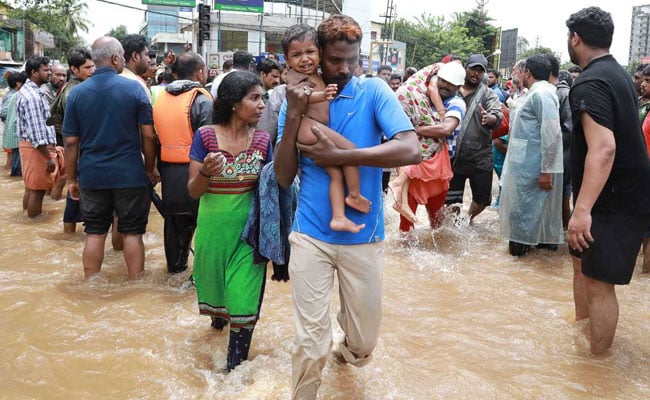 The flood crisis in Kerala following heavy rain for the last 10 days seems to be only getting worse. At least 324 people have died and more than three lakh people have been shifted to relief camps. The floods, which are the worst the state has faced in nearly a century, have caused widespread devastation and Kerala estimates have caused a loss of over Rs 19,500 crore.

This morning, Prime Minister Narendra Modi conducted an aerial survey of Kerala and announced an immediate relief of Rs 500 crore, in addition to the 100 crore announced by Home Minister Rajnath Singh earlier.

Along with the centre, many states too have taken the lead and announced help for flood-ravaged Kerala. Andhra Pradesh Chief Minister N Chandrababu Naidu has announced an aid of Rs 10 crore for the state.

Punjab Chief Minister Captain Amarinder Singh has announced Rs 10 crore worth of immediate relief for flood-hit Kerala. Mr Singh said Rs 5 crore is being transferred from chief minister's relief fund and the remaining Rs 5 crore will be in form of ready-to-eat food material and other supplies.