In A First, Transgender Candidate To Contest Kerala Assembly Polls 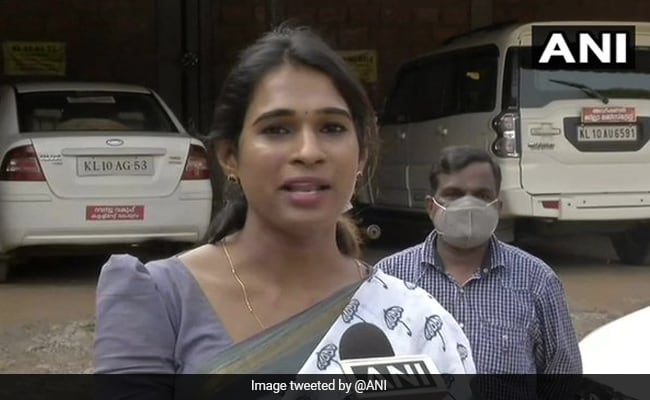 In A First, Transgender Candidate To Contest Kerala Assembly Polls

Anannyah Kumari Alex, a 28-year-old is set to create history by becoming the first transgender person to contest an Assembly election in Kerala.

Ms Anannyah has chosen to contest against Indian Union Muslim League (IUML) heavyweight PK Kunhalikutty in Vengara. The LDF candidate she is pitted against is P Jiji.

A firm believer in the adage, "give someone an inch and they will take a yard," Ms Anannyah has already made a mark for herself by becoming the first transgender radio-jockey and news anchor in Kerala.

In an exclusive interview with ANI, she said that she wants to prove to society that transgenders too can be good leaders and be treated in society as equals to men and women.

"We (transgenders) have capabilities like any male or female. We do not want any sympathy. We should be given equal treatment like other human beings. Transgender people are also talented like other humans and can represent themselves in any field," Anannyah said.

Mr Kunhalikutty said that transgenders are also part of society and have the right to fight elections.

According to Ms Anannyah, change is the law of nature and time has come for youngsters to represent their public in legislative assemblies and parliament as they can bring sea changes in the society and work for the welfare of the people.

"Transgender shall prove the society that they are also capable of becoming a good political leader," she said.

In neighbouring state Tamil Nadu, Bharathi Kannama, a transgender woman, is contesting in the upcoming Tamil Nadu Assembly elections from Madurai South constituency and she has promised to make Madurai a model city.

Ms Anannyah said she hopes to win not only the election but also the hearts of people as she has not faced any discrimination while campaigning.

However, the transgender leader points out that transgender people are facing discrimination in their homes and henceforth, if she wins she will work to ensure safety of people like her in their home as well as in society too.

Contesting under the banner of the Democratic Social Justice Party, Ms Anannyah said the she will also give preference to women's safety and smoothing education system for everyone, if she gets elected.

Ms Anannyah recalled her past stating she faced stigma and discrimination for being who she was but she said she took it as a challenge and said she is excited to be a part of history.

Ms Anannyah, who hails from Kollam urges other transgenders not to be shy or be scared of anyone and become the main part of society.

She said others like her should come forward at every platform and instead of waiting for opportunities, better grab it.

Ms Anannyah said that transgender people should be proud of their own identity and must have confidence and self-respect for themselves.

"If transgenders join the mainstream then definitely we can make colourful changes in the society," she said.