Binoy Balakrishnan, the son of Kerala CPM state secretary Kodiyeri Balakrishnan, has been ordered to take the test by the Bombay High Court. 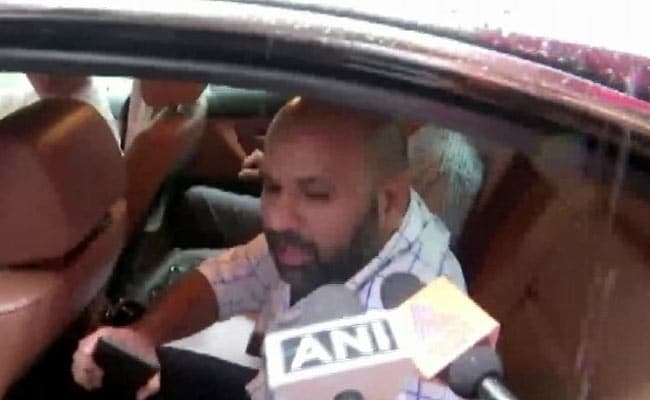 Binoy Balakrishnan handed over blood samples to the police on Tuesday.

The son of a top leader of Kerala's ruling Left has been asked to go through a DNA test in a case of rape and cheating filed by a Mumbai woman.

Binoy Balakrishnan, the son of Kerala CPM state secretary Kodiyeri Balakrishnan, has been ordered to take the test by the Bombay High Court.

Binoy Balakrishnan handed over blood samples to the police on Tuesday and the report has been submitted to the court in a sealed envelope. The case will now be heard on August 26.

A 33-year-old woman has accused Binoy Balakrishnan of sexually abusing her after promising marriage. She also alleges he is the father of her nine-year-old child. Born in Bihar, the woman claims she used to work in a bar in 2009 when she met him. She has also given details of a bank account where, she claims, Mr Balakrishnan deposited money for several years.

Mr Balakrishnan had gone to the high court asking for the complaint filed against him on June 13 to be scrapped. On July 3, a sessions court granted him bail and directed him to provide DNA samples for a paternity test.

On Monday, Mr Balakrishnan's lawyer argued that he had an objection to giving his DNA samples, to which the court said he would have to do so.

The lawyer then said his client's blood sample should not be shared with the complainant. The court allowed him to submit the report in a sealed envelope.

The court will take up the case next on August 26.

"Will Centre Have 80,000 Crore For Covid Vaccines" Adar Poonawalla Asks