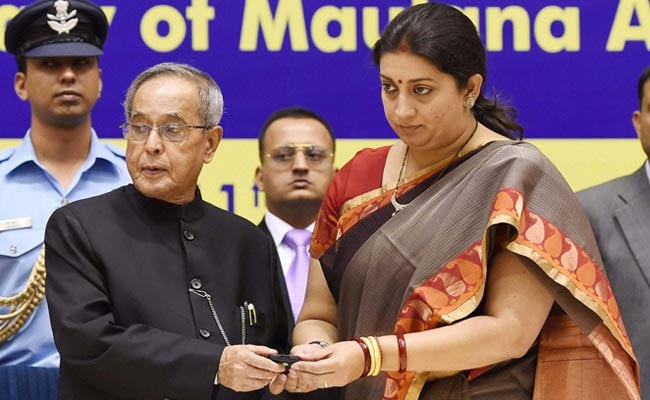 New Delhi: The Kendriya Vidyalayas or central schools in India have decided to drop German as an alternative to Sanskrit as a third language, a decision that Education Minister Smriti Irani today said was taken in national interest.

Over 70,000 students across 500 Kendriya Vidyalayas from classes 6 to 8 will be asked to switch from German to Sanskrit, say officials.

Sources say the minister has ordered an investigation into how this was allowed; the 2011 Memorandum of Understanding that made German a third language "violates the national education policy", said officials. The pact was signed between the Kendriya Vidyalayas and Goethe Institute-Max Mueller Bhawan and was allegedly not referred to the ministry.

"The MoU was against our rules. Our formula of three languages will not be violated," Smriti Irani said.

She added that the "decision has been taken in favour of the nation".

In the three-language formula, schools teach Hindi, English and a modern Indian language - Sanskrit is said to be a popular option in northern states.

Promoted
Listen to the latest songs, only on JioSaavn.com
The Board of Governors of the Kendriya Vidyalayas, which Ms Irani heads as minister, has retained German as a fourth subject.

Sanskrit teachers had moved the Delhi High Court alleging that the central schools had introduced German as a third language in place of Sanskrit against the education policy.
PMK, a Tamil Nadu ally of the BJP, has criticised the decision to replace German with Sanskrit and has urged the Centre to revoke its decision.