'She Saw A Jawan And Screamed': Kashmir Girl's Mother After 4 Days, 5 Deaths

The 16-year-old girl and her father have been illegally detained by the police, her mother has said.

The schoolgirl from Handwara - whose alleged molestation by a security personnel had triggered protests across the Kashmir Valley - and her father has been illegally detained by the police, her mother has said. She also told NDTV that the girl's statement to the police, pointing to misbehavior by a local boy, was given under pressure.

The Jammu and Kashmir High Court has questioned the police about the alleged illegal detention of the girl.

Narrating the sequence of events, the mother told NDTV: "After school, she came out with other girls and went to the washroom in the market. When she went in an army jawan emerged... She screamed. The boys who were there could not tolerate the screams of their sister. A crowd assembled. The police and army opened fire."

After Tuesday's protests by locals -- who alleged that the girl had been molested by a security personnel -- the army had released a video of the girl's statement to the police. The statement didn't mention anything about molestation, instead, it pointed at misbehaviour by a local boy.

"She is under pressure from the police. She is a young girl, just 16 years old," the mother told NDTV. "She gave the statement under pressure... she has been in custody for 5 days. We are not allowed to meet her." The police have said the girl and the father are in preventive custody. 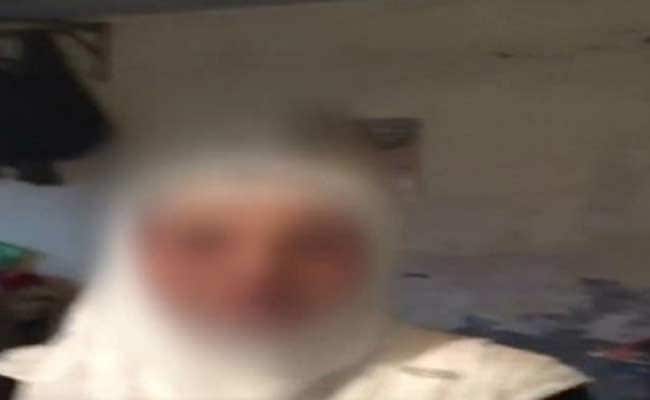 In a video released by the army, the 16-year-old girl is seen accusing the locals of instigating the protests.

Earlier today, the girl's mother had not been allowed by the police to hold a press conference.

Since the incident on Tuesday, five persons have died in the protests that are spreading across Kashmir. On Tuesday, three persons, including a young cricketer and an old woman had died in Handwara. In Kupwara, where a boy died and seven people were injured yesterday as security forces opened fire on a crowd of stone-pelting protesters.

So far, 60 people, including 40 securitymen, have been injured in clashes. Violence also spread to other areas of the Valley, including Baramulla town and other parts of central and north Kashmir.

As fresh clashes broke out at Ganderbal this afternoon, the Centre sent 3,600 additional paramilitary forces and asked the state government to ensure that there is no further loss of lives. Mobile internet services have been suspended in Kashmir to check the spread of rumours.

Chief minister Mehbooba Mufti visited Kupwara on Saturday, where curfew is still in place. The ruling PDP has appealed for calm. "Forces should exercise restraint. Killings are unacceptable. We will ensure guilty are punished and justice is delivered," it said.