Karwa Chauth 2019: Know The Complete Story Or Vrat Katha Of The Festival

Karwa Chauth, also called Karva Chauth and Karak Chaturthi is strict fast when married women do not even drink water or eat food until they see the moon in the evening. This is done for well-being and long life of their husbands. 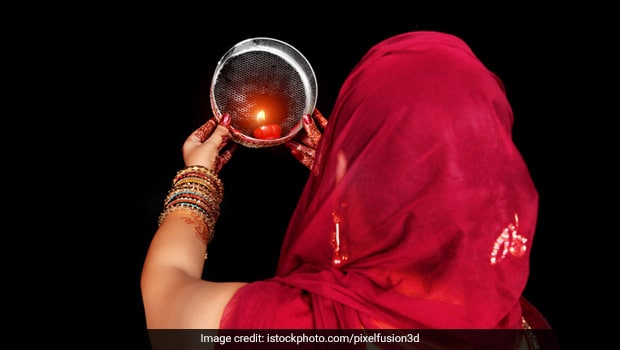 Karwa Chauth 2019: The festival is more famous in the northern states of India.

Karwa Chauth or Karva Chauth 2019 will be celebrated on October 17 this year. It is a festival observed specially by married women for the long life of their husbands or the ones who are in marriageable age to get the grooms of their choice. The fasting of Karwa Chauth or Karak Chaturthi is strict and the women do not even drink water during the period of the fast until they see the moon in the evening. Karva Chauth vrat is more famous in the northern states of India. After four days of Karwa Chauth, mothers keep Ahoi Ashtami Vrat for  the well-being of their sons.In modern-day Karwa Chauth, the husbands have also started keeping fast for the well-being of their wives. There's an epic tale on how the Karva Chauth vrat gained prominence. Know the Karva Chauth vrat katha here.

Karwa Chauth or the Karva Chauth Vrat Katha: Know About The Story:

Long time ago, a Brahmin named Vedsharma was married to Leelavati and the couple had 7 sons and a daughter named Veeravati, who was highly pampered by the family.

After her marriage, when Veeravati observed her first Karwa Chauth, she faced difficulty; unable to bear the hunger, she fainted on the ground. Upon seeing her condition, the brothers decided to trick their sister into breaking the fast.

During the fasting of Karwa Chauth Veeravati couldn't bear the hunger. Due to weakness she fainted and fell on the ground. One of the brothers climbed on the distant tree with sieve and lamp. When Veeravati gained the consciousness, her brothers told her that the moon has risen and brought her on the roof to see the moon, so that she could break her fast.

Seeing the lamp-and-sieve trick by her brother, she actually believed that moon has risen behind the tree. She then offered prayers to that lamp that she believed was the moon and after offering prayers, she broke her fast and ate food. After her third bite, she was called in by her in-laws. When she reached her husband's home, she found that her husband is no more.

While she was mourning inconsolably, Goddess Indrani appeared and told her that told her that she broke the fast without giving Argha (offering) to the moon and that led to the untimely death of her husband. She also said that if she keeps Chauth vrat every month and the next Karwa Chauth vrat; her husband will be alive and back. When Veervati followed all the rituals with devotion, her husband came back to life.