With only two months to go before the opening of the corridor, Sukhjinder Singh Randawa said that only 30 per cent of the project has been completed and work has remained suspended for the past few days. 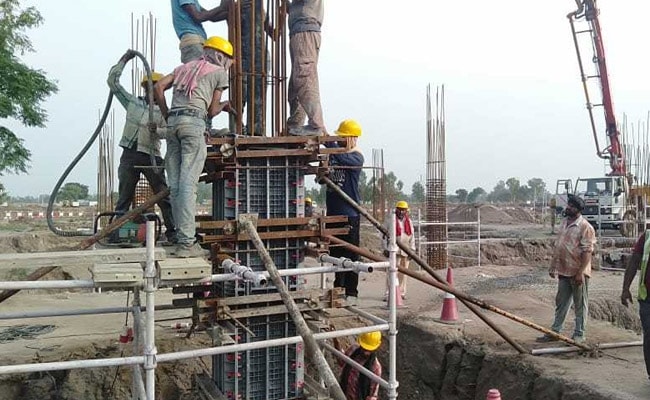 The lack of coordination between the Centre and the Punjab state government may lead to a delay in finishing the Kartarpur Corridor project on the Indian side, Punjab Minister Sukhjinder Singh Randhawa told NDTV on Wednesday.

With only two months to go before the opening of the corridor, Mr Randawa said that only 30 per cent of the project has been completed and work has remained suspended for the past few days. The Kartarpur Corridor will connect the Darbar Sahib in Pakistan's Kartarpur with the Dera Baba Nanak shrine in Gurdaspur district.

Over the past year, the BJP-led Central government and the Congress's Punjab government have had an uncomfortable partnership over the Kartarpur corridor, starting with a credit war between the Akali Dal, an ally of the ruling BJP at the centre, and Punjab's ruling Congress.

"For the last 4-5 days there has been no construction work on our side. There is a lack of coordination between the union and the state government," said Mr Randhawa.

The minister, who represents the Dera Baba Nanak seat in the state assembly, also credited Pakistan for almost completing the construction work. He pointed out that even though the foundation laying ceremony in India was held a day before Pakistan, "they scored over us in completing the project and we kept sitting over it."

"The central government should appoint a nodal officer who should monitor day-to-day progress of the project and meetings between the representatives of state and union government should be held at the construction site in Dera Baba Nanak," said Mr Randhawa.

Akali Dal hit back at the state government, alleging that Congress has been levying "goonda tax" on the procurement of construction material from the local quarries.

Chief Minister Amarinder Singh had, earlier this month, raised concern over "discernible slowdown" on Pakistan's part in completing work on the Kartarpur corridor, nearly a week after India scrapped special status from Jammu and Kashmir and split it into two union territories.