Karnataka news: A man in Hubli has developed a unique disposal system with an underground dustbin. 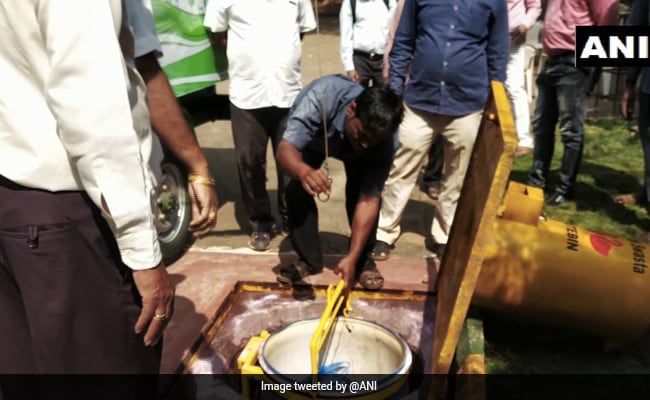 With an aim to eliminate garbage overflow and bad odour, a man in Karnataka's Hubli developed a unique disposal system with an underground dustbin. Vishwanath Patil, who runs the ''Swacha, Swasth'' trust, has found an innovative way to place waste bins underground.

"I have made a vehicle with a dustbin that is automatically operated and is leakproof. It has been designed in such a way that garbage is not visible from outside," Mr Patil told news agency ANI.

Karnataka: A man in Hubli developed a new disposal system with underground dustbin

"I've made vehicle with dustbin which is automatically operated & is leakproof. It has been designed in a way that garbage is not visible from outside," said Vishwanath Patil (31.01) pic.twitter.com/CDuKNmpln6

The automatic system of lifting and emptying of underground dustbins ensured that no garbage spills out while transferring the waste and the bins.

The specialty of this dustbin is that it takes very little space as compared to the open dumping grounds and can store more litter than other normal dustbins, Mr Patil said.

He has also made a litter van in which the waste can be dumped from the bin with minimum human contact.