Protests for and against the right to wear a hijab have been noticed worldwide, with Nobel laureate Malala Yousafzai and French footballer Paul Pogba speaking out 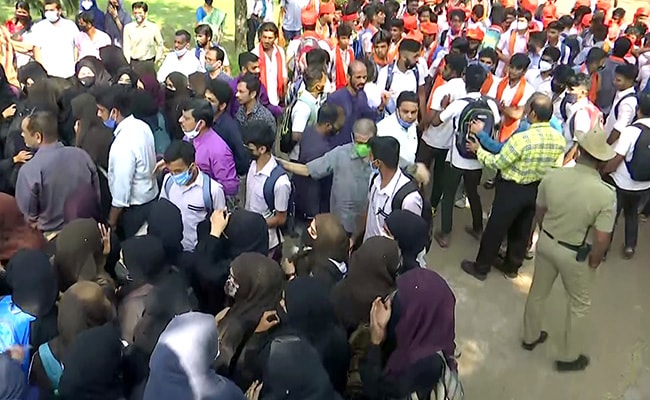 Bengaluru: Karnataka schools (up to Class 10) re-opened today amid controversy over the state barring Muslim students from wearing a hijab during classes. Classes 11 and 12 are closed till Wednesday. Petitions against the ban are being heard by the High Court.