The trust vote was held on Tuesday evening after a lengthy tug of war between the BJP and the coalition of the Congress and HD Kumaraswamy's Janata Dal Secular. 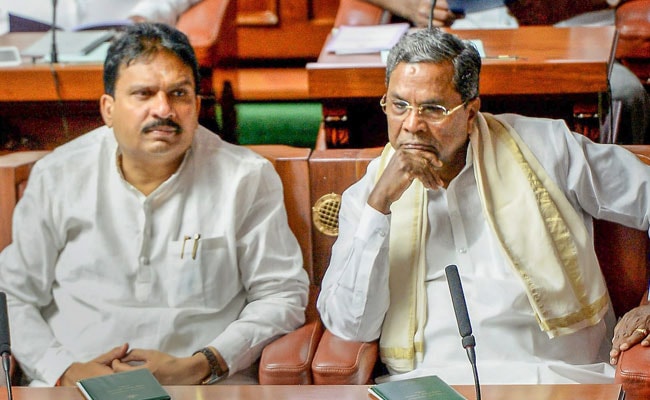 The Congress-JDS coalition lost the contest, getting only 99 votes to the BJP's 105

The Congress, which lost one more state under its belt on Tuesday as the Karnataka government crashed in the trust vote in the state assembly, said it was the result of the "unscrupulous political horse trading of BJP". The party, however, declared it a "moral victory" and promised to hold nationwide protests against the "immoral, blatant and brazen political destabilization carried out by the BJP".

"The sabotage of a duly elected government in Karnataka carried out by the BJP is one of the most heinous and subversive instances of blatant political horse tradings the country has ever witnessed," read a statement by AICC General Secretary K C Venugopal.

The trust vote was held on Tuesday evening after a lengthy tug of war between the BJP and the coalition of the Congress and HD Kumaraswamy's Janata Dal Secular. The coalition lost the contest, getting only 99 votes to the BJP's 105, making way for a BJP government in the state led by BS Yeddyurappa.

Earlier this month, 16 legislators - 13 from the Congress and three from the JDS -- resigned and two independent legislators withdrew support to the coalition government.

"BJP carried out this political drama by offering huge amounts of black money and ministerial berths to the defected MLAs. Along with this, the BJP also misused central agencies like Enforcement Directorate and Income Tax for black mailing and coercing MLAs," the Congress statement read.

The BJP has denied the allegations.

The alliance, formed in May last year to keep the BJP out of power, had been shaky from the start, given the enmity between the local leaders of the two parties. The BJP had said it was formed for political opportunism and predicted that the government will soon collapse.

The walkout by the legislators started earlier this month, following the coalition's wipeout in the national elections. The alliance had got only two seats against the BJP's 26.

The timing was crucial - while the Chief Minister was abroad on a personal tour, the Congress's central leadership was grappling with Rahul Gandhi's decision to step down as the party chief.

Still, both parties insisted all was well. Mr Kumaraswamy headed back and Mr Venugopal, who is also the Congress's state in-charge, visited Bengaluru after 11 legislators resigned on July 7.