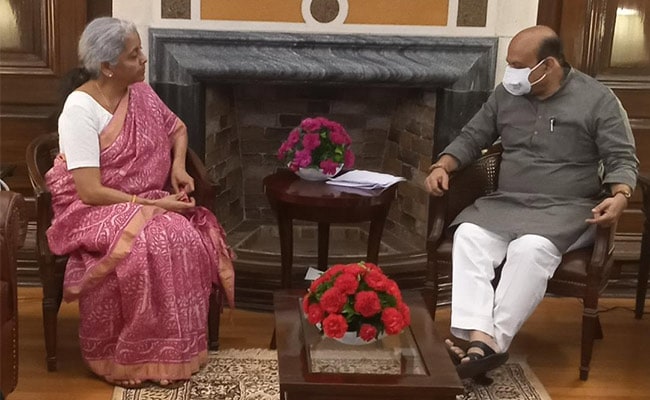 The first meeting of the Group of Ministers set up for rationalising GST rates and to shore up revenue will be held soon, its chairman and Karnataka Chief Minister Basavaraj Bommai said on Friday after meeting with Union Finance Minister Nirmala Sitharaman.

"Very soon, I will call the first meeting of GoM. I met her (Finance Minister) in this backdrop," Mr Bommai told reporters after the meeting.

The Group of Ministers (GoM) has to submit a report in the next two months, Mr Bommai said, adding he discussed important issues related to rationalisation of Goods and Services Tax (GST) taxes and ways to increase revenue with the Union Minister.

Earlier, Mr Bommai was to meet the finance minister late in the evening. However, the meeting was advanced.

In September, the Goods and Services Tax (GST) Council had decided to set up two Groups of Ministers (GoMs) to shore up revenues.

Asked if the centre has released the pending GST compensation to Karnataka, the chief minister said it has been cleared till 2019-20 fiscal. For 2020-21 fiscal, the state was to get Rs 11,800 crore which is being released in phases.

For the current fiscal, the Centre has sanctioned GST compensation of Rs 18,000 crore via loan, he said, adding a higher amount was sanctioned as the state GST collection has improved when compared to the last year.

Besides GST, the chief minister also sought more support to Karnataka under programmes implemented by Nabard. "I have sought higher allocation to the state under one of Nabard's infrastructure schemes."

He also requested an increase in loan amount from the current Rs 1,500 crore given by Nabard for farmers and rural development.

Mr Bommai said the Union Minister will visit the state and attend separate programmes of Nabard and SIDBI.