Karnataka Bandh On January 25: How It Will Affect Normal Life

Pro-Kannada groups and state farmers have called for a Karnataka bandh on January 25. Security has been heightened across the state. 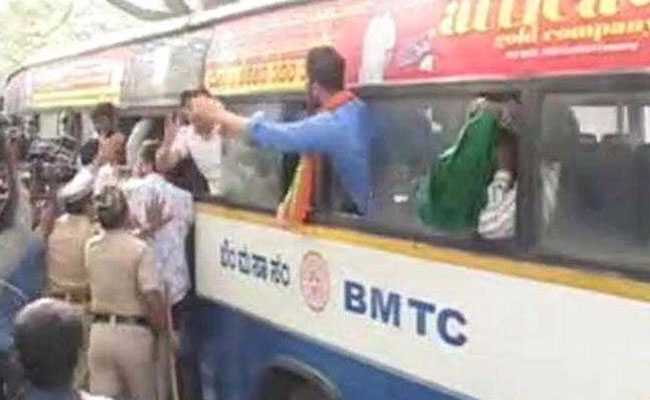 New Delhi: A statewide Karnataka bandh on January 25 has been called by Pro-Kannada groups and state farmers have to urge the central government to resolve the Mahadayi water dispute at the earliest. After this Bengaluru bandh has been called on February 4 which will coincide with Prime Minister Narendra Modi's visit to the city for state BJP's Parivartan Yatra. The bandhs have been called to draw centre's attention to the state's demand for the implementation of the Kalasa-Banduri project on two tributaries of the Mahadayi river. The project, that will benefit Karnataka has been resisted by neighbouring Goa. Karnataka, Goa and Maharashtra have been debating the matter of Mahadayi river water sharing since 90s and the matter is before a Tribune.

Case Against Mamata Banerjee For "Instigating" People In Bengal