Kangana Ranaut, who is the middle of a huge row with the Maharashtra government, has said the BMC action was vendetta. 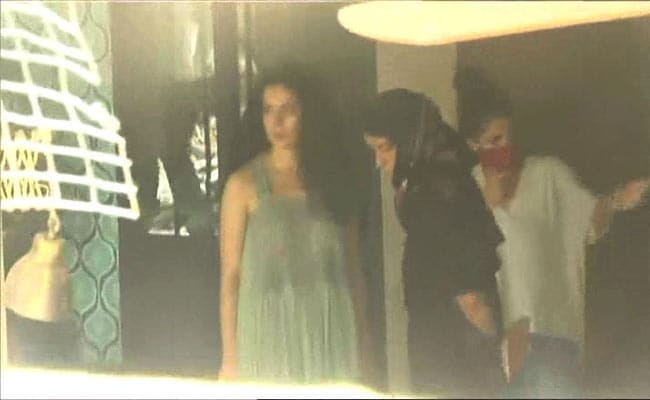 Kangana Ranaut is the middle of a huge row with the Maharashtra government.

Actor Kangana Ranaut's challenge to Mumbai civic body's move to demolish her Pali Hill office will be heard again on September 22, the Bombay High Court said today. The court had stopped the demolition yesterday in response to her petition, seen as a big win for Ms Ranaut amid her face-off with the Maharashtra government.  A subsequent hearing was held today, where after hearing both sides, the court adjourned the case.

The 33-year-old actor -- a strong supporter of the BJP and Prime Minister Narendra Modi -- has claimed that yesterday's demolition by the Brihanmumbai Corporation was just vendetta.  The civic body is controlled by the Shiv Sena, which is ruling the state in alliance with the Congress and Sharad Pawar, the chief of Nationalist Congress Party.

In its judgment yesterday, the High Court said the manner in which the BMC proceeded to begin the demolition work "prima facie does not appear to be bonafide and smacks of malafide".

"All of a sudden the corporation appears to have overnight woken up from its slumber, issued notice to the petitioner," the court said.

This, the court observed, was happening "when she is out of state, directing her to respond within 24 hours, and not granting her any further time, despite written request, and proceeding to demolish the premises upon completion of 24 hours".

The battle between the Sena and Ms Ranaut escalated after she said she was "scared" to live in Mumbai in view of the law and order situation under the current government and compared the country's financial capital to Pakistan-Occupied Kashmir.

The Sena lashed out, with the Maharashtra home minister Anil Desmukh, suggesting that the actor -- who was at her hometown Manali -- not return to Mumbai. Sena's senior leader Sanjay Raut responded with a slur. Another leader suggested that Ms Ranaut be slapped and a sedition case be filed against her.

The 33-year-old has fought back, taking on Chief Minister Uddhav Thackeray yesterday with a warning that the "wheel of time... never stays the same".