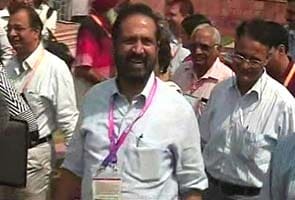 New Delhi: The high-level Shunglu Committee set up by the Prime Minister to probe all aspects of alleged irregularities in organising the Commonwealth Games has slammed Suresh Kalmadi, the former Organising Committee (OC) Chairman for mismanagement.

The report indicts Kalmadi for causing financial losses, and a loss of image to the games and the nation.

In an extensive 534-page report submitted to Prime Minister Manmohan Singh,  the committee says Kalmadi ran the Organising committee like a club, misused his powers and neutralised dissent by removing employees who objected.

The OC under Kalmadi is also accused of delaying contracts to favour select contractors.

Here are some of the main findings of the Shunglu report: