In the past year, PM Modi's popularity has fallen by 12 percentage points among farmers, according to a "Mood of the Nation" survey published last week by the Lokniti, part of the Centre for the Study of Developing Societies, a research institute. PM Modi is facing sharp criticism for not improving living standards in the countryside. (Reuters)

Kairana: Farmers voted overwhelmingly for Prime Minister Narendra Modi in the 2014 general election that swept him to power. He cannot count on them doing so again, as a crash in commodity prices and surging fuel costs stoke anger in the countryside.

Now, facing criticism for not improving living standards in the countryside, where 70 percent of India's 1.3 billion people live, analysts and farm economists said PM Modi would find it hard to repeat the feat in a general election due by May 2019.

While it is risky to predict election outcomes in India, where religion and caste remain important issues - not to mention the influence of fickle regional parties - interviews with some of the state's millions of farmers suggest rural angst could cost the government dearly. Farmers have accused PM Modi and the Uttar Pradesh administration of failing to keep their promises.

"No doubt, there was a wave for Modi in 2014, but farmers are disenchanted with him now," said sugar cane grower Uday Vir Singh, 53, plonking down on a wicker chair and smoking his hookah. "Modi promised to double farmers' income but our earning has halved because of his apathy and anti-farmer policies."

Nearly half a dozen farmers sitting with Uday Vir Singh on a hand-woven rope cot, and many of others in Kairana - which elected a joint opposition candidate from the Rashtriya Lok Dal (RLD) in a key by-election this week - accused PM Modi and the Uttar Pradesh administration, also run by the BJP, of failing to live up to their promises and overlooking the concerns of villagers.

"Modi is a very good salesman but we are not going to fall prey to his glib talk again," said 55-year-old Narendra Kalhande, who grows cane on his 2.5 acre farm.

"For farmers, Prime Minister Modi's 48 months have been much better than the Congress's rule of 48 years," Mr Singh told Reuters, referring to the main opposition party that dominated Indian politics for most of the years since independence from British colonial rule in 1947.

Higher inflation and sluggish growth helped PM Modi trounce Congress, which had long counted the rural poor as its core constituency, in the 2014 election. Small farmers had been hit by rising living costs but benefited little from rising food prices because of the web of middlemen in agricultural markets.

Since then the economy has picked up, recording its quickest pace of expansion in nearly two years in the first three months of 2018, helped by higher growth in the farm sector.

But lower food prices, weaker farm wages and modest crop procurement rates - the result of a shift in focus from the subsidies favoured by Congress to investment under the pro-business BJP - have hurt most of India's 263 million farmers, who typically own less than 2 hectares of land.

In the past year, PM Modi's popularity has fallen by 12 percentage points among farmers, according to a "Mood of the Nation" survey published last week by the Lokniti, part of the Centre for the Study of Developing Societies (CSDS), a research institute.

Next year's election would be fought on farmers' issues, said Yogendra Yadav, a leading academic-turned-politician. 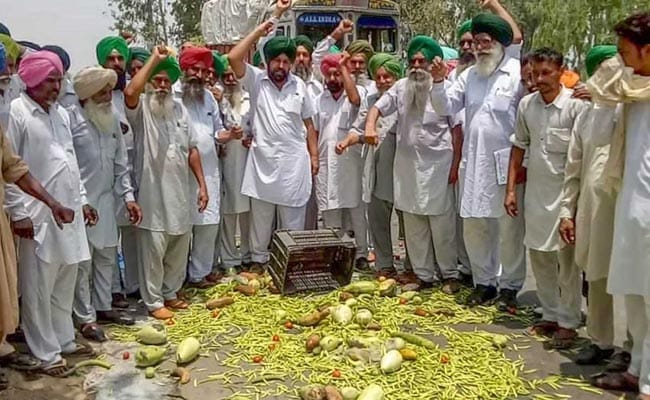 Farmers across seven states have gone on a strike stopping transport of produce to raise their issues.

Farmer organisations in some states began a 10-strike on Friday, in which they have said they will stop selling produce to protest a steep drop in the prices of an array of farm goods.

Agriculture Minister Radha Mohan Singh said his government had yet to hear from farm leaders but was ready to listen.

Prices of pulses, a key crop for farmers, have fallen 25-30 percent below state-set support prices, as higher imports and bumper local crops bumped up supplies. While the government announces support prices for more than 20 crops each year to set a benchmark, state agencies actually buy only rice and wheat at the support level.

Vegetable prices, especially onions, cabbage and tomatoes have fallen 25 percent from last year, largely because of the lack of refrigerated trucks that could take the perishables to the consuming big cities.

Milk prices have also dived by more than 25 percent in the past year as a global glut has brought exports to a near halt.

Farmers in Charkhi Dadri, three hours' drive west of Delhi, recently dumped tomatoes onto the road in protest after buyers offered a quarter of a rupee per kilogram for a crop that costs at least 6 rupees ($0.09) a kg to produce.

Jai Bhagwan, 54, borrowed 12,000 rupees to grow onions on a plot of about half acre in Jhajjar, an area otherwise famed for pottery. When his crop was ready, Jai Bhagwan could get only 1,200 rupees.

"I could not even recover my labour cost," said Jai Bhagwan, who was in Delhi recently to participate in a farmers' meet.

"I'm in debt up to my eyeballs. But I can't sit idle, so I'll have to borrow more to grow something else," Singh said.

Ashok Gulati, a farm economist who advised the last government, said there were three policy options to support farmers: building state buffer stocks to soak up excess supply, acting to boost exports or building capacity for processing farm commodities into end products such as milled, dehusked pulses or vegetable oils.

Most of those measures would require long-term structural changes, however, and analysts predict in the run-up to the election PM Modi is likely to announce more populist, short-term fixes such as higher guaranteed prices for crops and farm loan waivers.

Many farmers complained they are still reeling from disruptions caused by the launch of a new nationwide Goods and Services Tax (GST) in July 2017 and a ban on high denomination bank notes in November 2016.

Blaming the shock move for exacerbating farmers' financial woes, Ashok Gulati said: "Expectations were high from the government, but the fact is that the plight of farmers is far worse now than what it was four years ago." 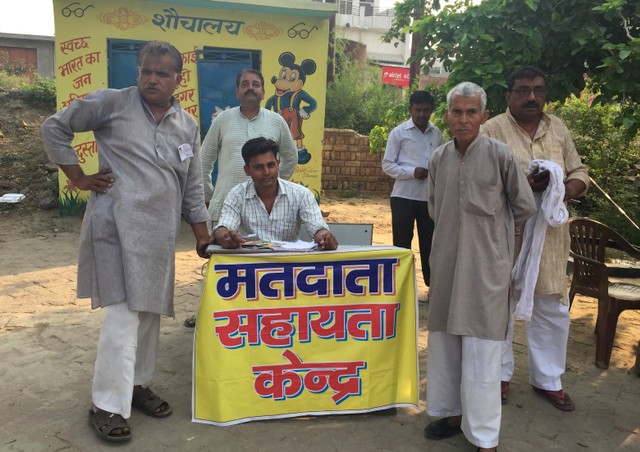 In Kairana, farmers said that the demonetisation move had made matters worse for them.

PM Modi's drive to purge "black money" from the economy by removing, at a stroke, 86 percent of the cash in circulation, made it difficult for farmers, who survive on cash, to buy inputs like seeds and receive payments for their crops.

In Kairana, all 35 farmers Reuters spoke to agreed that abolishing 500 and 1,000 rupee bank notes had made things worse.

Farmers in Uttar Pradesh, home to 220 million people, are also angry over a sharp rise in the pump price of diesel and a steep hike in electricity tariffs.

Many farmers in the state use diesel to run tractors for ploughing and trolleys for moving their produce to wholesale markets. They depend on electricity to operate irrigation pumps.

Diesel prices have shot up by more than 40 percent to record highs and electricity tariffs have surged by more 20 percent in the past two years, said Shri Pal, a farmer from Shamli.

"Villages account for most of India's diesel consumption and that's why higher prices pinch farmers the most, but diesel in India is much more expensive than Bhutan, Pakistan, Bangladesh and Sri Lanka," said Hannan Mollah, a former lawmaker and a senior leader of the Communist Party of India (Marxist).

Kairana and Shamli lie in the sugar cane belt of Uttar Pradesh, the top sugar state of India, the world's biggest producer after Brazil.

Promoted
Listen to the latest songs, only on JioSaavn.com
That has not been enough to satisfy farmers such as Ram Lakhan Singh, a cane grower from Shamli.

"Most sugar mills have not paid us a single rupee since December and the government has connived with them to deprive us of our rightful dues. Trust me, cane farmers will think twice before voting for the BJP."
© Thomson Reuters 2018