RLD candidate Tabassum Hasan, backed by opposition parties against the BJP's Mriganka Singh, won by a huge margin in Kairana 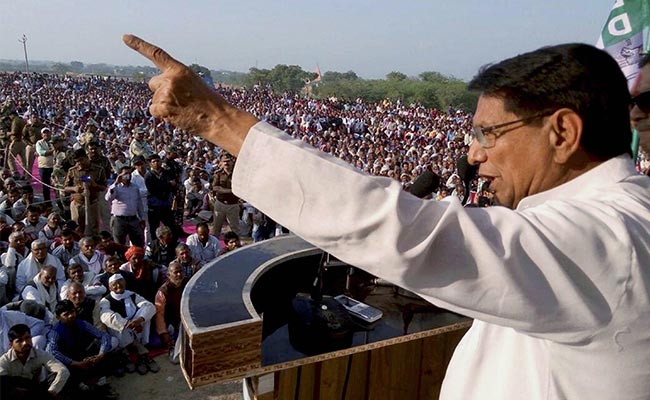 Lucknow: The victory in Uttar Pradesh's Kairana has taken on massive significance for the opposition ahead of the 2019 national election but for one party, it means an entry in parliament after a long time. After winning the by-poll, Ajit Singh's Rashtriya Lok Dal (RLD) finally has a lone member of parliament.

RLD candidate Tabassum Hasan, backed by opposition parties against the BJP's Mriganka Singh, won by a huge margin in Kairana, where by-polls were held after the death of the BJP MP.

Before this, RLD had zero parliament seats and its lone legislator in UP, Sahender Singh Ramala, had switched to the BJP.

The by-poll result appears to have revived the RLD, which claimed support among Jats but has unable to mark its presence in recent polls.

"Once the by-poll results were announced, the mood at the RLD's office in Lucknow was upbeat, and party workers and leaders played Holi to celebrate the moment," said state RLD chief Masood Ahmad.

"The victory of the RLD in Kairana is a victory for the mahagathbandhan (grand alliance) and also a victory for those who had reposed their faith in the ideology and policies of former prime minister Chaudhary Charan Singh," he added.

In the 2014 national election, RLD candidates performed so poorly that they had to forfeit their security deposits in six of the eight Lok Sabha seats they contested in Uttar Pradesh. The party managed to poll only 0.86 per cent of the total votes in the state.

The party's performance was equally dismal in the 2017 Uttar Pradesh assembly elections -- RLD contested 277 assembly seats but 266 of its candidates lost their deposits. Only one RLD candidate won. But he, too, left the RLD for the BJP in April.

Sahender Singh Ramala, who represented the RLD from Chhaprauli in Baghpat, joined the BJP at its office in Lucknow in the presence of Sonkar and state BJP chief Mahendra Nath Pandey.

"The said MLA was already expelled from the party for cross-voting in Rajya Sabha elections. It was proved that he was hand-in-glove with the BJP," said senior RLD leader Anil Dubey.

Tabassum Hasan is now an RLD MP in the Lok Sabha but the party does not have any representation in the Rajya Sabha or in the two houses of the state legislature, he said.

The tide could be turning, party leaders said.

According to state RLD chief Ahmad, farmers and youngsters were feeling duped by the wrong policies of the centre and Uttar Pradesh governments.

"The bypolls to Kairana and Noorpur are also perceived as a victory of secular forces over the communal forces," he said in a statement.

Promoted
Listen to the latest songs, only on JioSaavn.com
The state's ruling BJP yesterday suffered a stunning electoral upset with joint opposition candidates posting victories in not just Kairana but also the Noorpur assembly constituency, which went to the Samajwadi Party. "My victory has proved that the path of the united opposition is clear in 2019," Tabassum Hasan said after the win.

The opposition victories follow the BJP defeats in the Lok Sabha by-elections in Gorakhpur and Phulpur in March, and come just a year before the general election.

Punjab Hospital At Fault: Centre On Reports Of 130 Broken Ventilators