From UP Ally, A Tip For Congress To Beat BJP In Rajasthan, Madhya Pradesh

Jayant Chaudhary said the grand alliance of non-BJP parties would require all organisations to "let go of their own individual aspirations and their own organisational needs" to be part of the larger emerging story.

The message from Kairana, Jayant Chaudhary said, was people wanted them to "work and stay together"

New Delhi: The Congress will be the fulcrum of the joint effort by opposition parties to unite against the BJP at a national level in 2019, Jayant Chaudhary of the Rashtriya Lok Dal, or RLD, told NDTV on Thursday after his party's Tabassum Hasan snatched the Kairana parliament seat from the BJP in Uttar Pradesh.

The RLD, which traditionally counts the Jat community among its strongest supporters, had fronted the offensive in Kairana with firm support from other non-BJP parties such as Akhilesh Yadav's Samajwadi Party, Mayawati's Bahujan Samaj Party and the Congress. The success of this loose alliance is seen as evidence that if the opposition parties do unite, the ruling BJP would have a real fight on its hands in 2019.

But Mr Chaudhary had some advice for India's grand old party that is often seen to be too over-bearing in states by regional players,

There are states where regional parties can take on the BJP on their own might. But there are several states where it is a fight between Congress and BJP. This is where, he said, the Congress is going to "have to strike a fair balance" and involve parties from other states as well.

"There is no reason why Congress can't involve regional parties in Rajasthan and Madhya Pradesh and other states where the Congress is the principal opposition parties," he said.

Mr Chaudhary did elaborate on this template but it is being seen as a suggestion that the Congress should tie up with regional players such as the BSP and his own, RLD, even in states where it has traditionally gone alone. 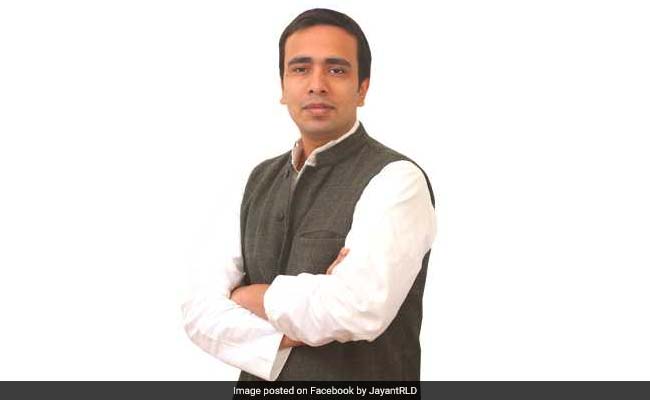 "They (Congress) are going to have to collaborate. There are several regional parties and leaders who are willing to work with the congress. They just need to be given the right samman (respect) as they call it, the right manch (platform, or in an election, seats)," Mr Chaudhary said.

It is a sentiment that Mayawati had also alluded to last week when she held out a warning for potential allies that the BSP was willing to go solo in the general elections if a "respectable seat-sharing" agreement could not be worked out.

But would the Congress be willing to take the back seat, if needed in the interest of the grand alliance of non-BJP parties?

Yes, asserts Congress leader Manish Tiwari, underlining the Congress's unconditional support for the Janata Dal Secular's HD Kumaraswamy to be the Chief Minister in Karnataka despite.

Mr Chaudhary said the grand alliance of non-BJP parties would require all organisations to "let go of their own individual aspirations and their own organisational needs" to be part of the larger emerging story.

Promoted
Listen to the latest songs, only on JioSaavn.com
The message from Kairana, he said, was that people wanted them to "work together and stay together".

"I have confidence that the opposition is also going to learn from their past mistakes... It is not a question of personal egos and the results are good," he said, confident that the public pressure for them to unite would be the "biggest pressure".