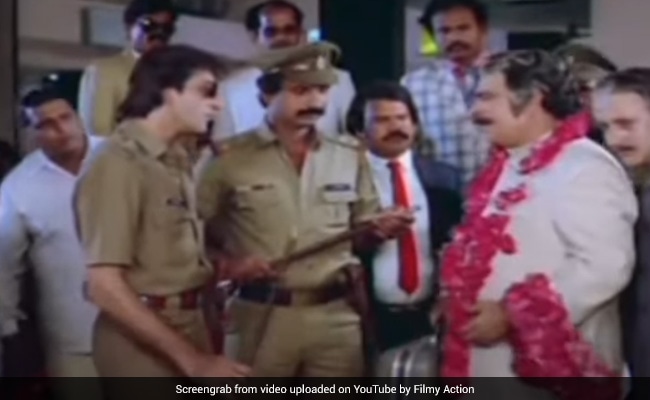 In the 1989 film "Kanoon Apna Apna", Justice Rao acted as a policeman along with Sanjay Dutt

A little-known fact about Supreme Court judge Justice L Nageswara Rao was revealed today during his farewell function. Justice Rao, the fifth senior-most judge of the Supreme Court, once acted in a Bollywood movie.

In the 1989 film "Kanoon Apna Apna", Justice Rao acted as a policeman along with Sanjay Dutt and Kader Khan.

Mr Rai also brought to light that Justice Rao represented Andhra Pradesh in the Ranji Trophy cricket tournament. The Chief Justice of India mentioned that CJI XI defeated SCBA XI in a cricket match this year under the captaincy of Justice Rao.

Speaking about his short foray into Bollywood, Justice Rao said, "I was in the theatre when I was in college. My cousin was a director and thereby had a short role in a movie. That's it."

"I did not want to become an actor. Lawyers act in court and judges also do," he added.

He said cricket is his passion and even when he works, he switches on TV to see IPL matches.

As is customary, Justice Rao today sat on the bench with the Chief Justice on his last working day as a Supreme Court judge.

Chief Justice of India NV Ramana said Justice Rao's retirement is a huge loss for the Bench and his keen analytical skills and passion for the cause of justice will be thoroughly missed by all.

Justice Rao, hailing from Chirala in Prakasam District of Andhra Pradesh, did his law at Nagarjuna University at Guntur and was enrolled as an advocate in 1982 at the Bar Council of Andhra Pradesh.

After practicing law at Guntur District Court for two years, he shifted to Andhra Pradesh High Court and remained there till December 1994.

From January 1995 to May 2016, he practiced as a lawyer at the Supreme Court and became a senior advocate and then Additional Solicitor General.