His "order" said the judges have been found guilty of caste discrimination, conspiracy, harassment and misuse of contempt proceedings. 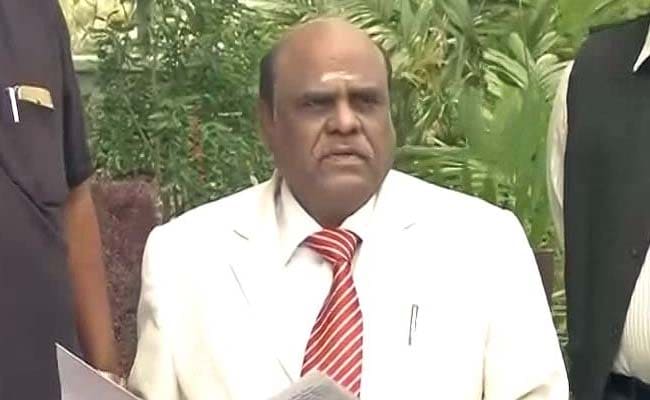 Kolkata: Justice CS Karnan - who turned away a team of psychiatrists tasked by the Supreme Court to check his mental health last week - has sentenced the Chief Justice of India and seven judges of the Supreme Court to 5 years in jail. His "order" said the judges have been found guilty of caste discrimination, conspiracy, harassment and misuse of contempt proceedings.

Last week, Justice Karnan ordered that non-bailable warrants be issued against the judges. A day later, the medical experts turned up at his doorstep. The judge claimed he had a "stable mind", and then contended that the team cannot conduct an evaluation "without the presence of a guardian".

The face-off between 61-year-old Justice Karnan and the Supreme Court started earlier this year after he named 20 "corrupt judges" of the country and wrote to Prime Minister Narendra Modi demanding an investigation.

As the Supreme Court transferred him from Madras High Court to Kolkata, Justice Karnan hit back, saying he was being victimised as he was a Dalit.

With summons, contempt and defamation allegation, Justice Karnan has matched every order of the top court. All the counter-orders have been issued from his home, which the judge has termed his "home court".

Promoted
Listen to the latest songs, only on JioSaavn.com
After the top court accused him of contempt, Justice Karnan filed a defamation case against the judges. After one appearance in the court, he demanded that the judges appear before him.

The Supreme Court responded saying it doubts the mental fitness of the judge to defend himself and ordered a psychiatric evaluation. It also asked the courts and tribunals across the country to ignore any order passed by Justice Karnan, who is scheduled to retire within a month.