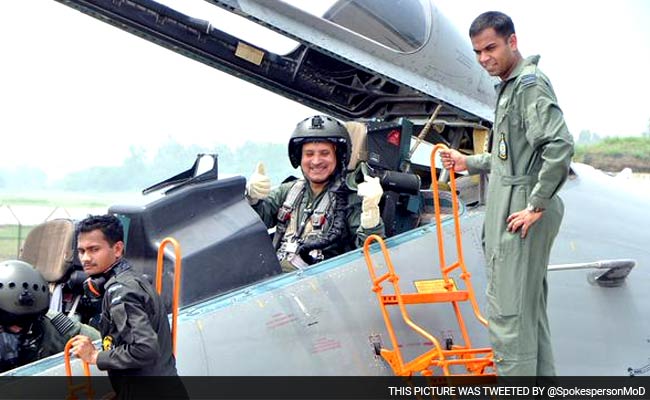 This photo was tweeted by the Defence Ministry's Principal Spokesperson Sitanshu Kar.

New Delhi: Minister of State for Defence Rao Inderjit Singh today went on a sortie in the frontline IAF aircraft Sukhoi Su-30MKI at the Hindon air base in Ghaziabad. 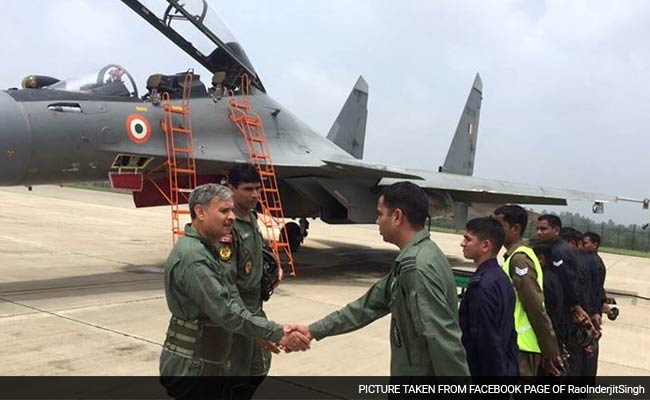 This photo was posted by Minister of State for Defence Rao Inderjit Singh on his Facebook page.

The 65-year-old Union minister took off from the Air Force base in Hindon and was airborne for about 20 minutes, during which the fighter aircraft also performed various manoeuvres, defence sources said.

"The minister wanted to personally interact with the pilots and find out the kind of working atmosphere that they have. He also wanted to see the performance of the aircraft which is our frontline fighter aircraft," the defence sources said.

Interestingly, Army Chief General Dalbir Singh Suhag also took a sortie in the fighter aircraft today. The sources further said the minister was quite satisfied with the feedback that he got and also by the briefing that senior officers had given him.
Comments
Dalbir Singh SuhagRao Inderjit SinghMinister of StateArmy Chief GeneralHindon air baseAir ForceSu-30MKISukhoi sortie