"We are not against 5G. In fact, we are welcoming of it... All we're asking the authorities, (is that) they certify 5G safe,"actor Juhi Chawla said. 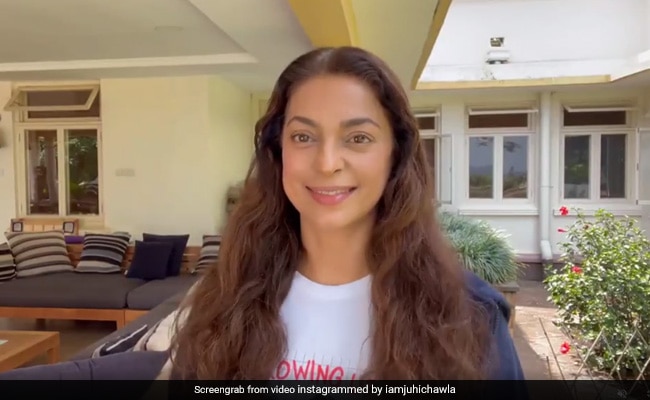 The lawsuit of 5G by Juhi Chawla and others was dismissed by the Delhi High Court.

Days after Juhi Chawla's petition against the rollout of 5G in the country was dismissed by the Delhi High Court, the actor put out a video explaining why she chose to approach the court. The court, which said the lawsuit was apparently "for publicity", also said the petitioners should pay Rs. 20 lakh.

"In the past few days, there was so much noise that I could not hear myself. In this noise, a very important message was lost," she said today in a video she shared on Instagram.

"And that was, we are not against 5G. In fact, we are welcoming of it... All we're asking the authorities, (is that) they certify 5G safe."

The lawsuit by Juhi Chawla, Veeresh Malik and Teena Vachani said if the telecom industry's plans for 5G became a reality, it would cause irreversible damage to the environment and "no person, animal, bird, insect and plant on earth will be able to avoid exposure, 24 hours a day, 365 days a year, to radiation 10x to 100x times greater than what exists today."

"All we're asking is that you certify this, publish the studies and research in public domain so that the fear we have goes away. So that we can all sleep in peace. We just want to know that it is safe for children, for pregnant women, for unborn children, for people who are old, inform, for flora, fauna... that is all we are asking," Ms Chawla said in her video which was a little less than 1.5 minutes.

The Delhi High Court last Friday also ordered action against people who interrupted a virtual hearing earlier that week using a link the actor had shared on social media and sang songs from her films.
Twitter had a field day following these developments, sharing memes and comments about what unfolded in the hearing.