The court also ordered action against people who interrupted a virtual hearing on Wednesday using a link the actor had shared on social media and sang songs from her films. 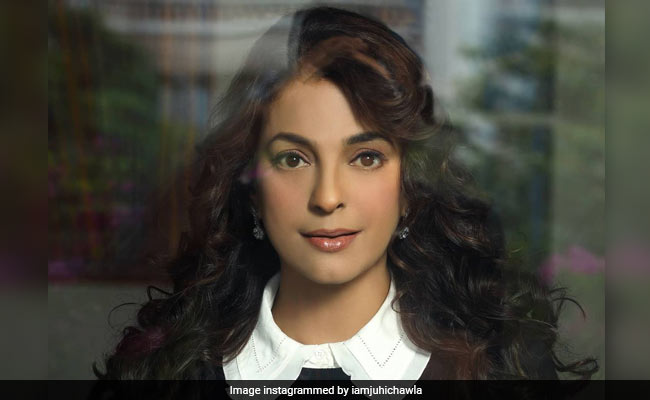 Actor Juhi Chawla's petition against the rollout of 5G in the country was thrown out on Friday by the Delhi High Court, which said in very stern remarks that the lawsuit was apparently "for publicity".

"The suit is dismissed. Plaintiffs abused the process of law. Costs of Rs 20 lakh is imposed on plaintiffs," the court said, directing Juhi Chawla and others to deposit court fees.

The court also ordered action against people who interrupted a virtual hearing on Wednesday using a link the actor had shared on social media and sang songs from her films.

"It appears the suit was for publicity. Juhi Chawla circulated a link of the hearing on social media," the High Court said, asking the Delhi Police to identify and take action against the rogue singers.

When Juhi Chawla's lawyer Deepak Khosla asked for the order to be put on hold, arguing that the costs were without any legal basis, the court snapped: "The matter is over. You have your legal remedies. Counsel should know his limits."

On Wednesday, the High Court's virtual hearing was repeatedly interrupted by fans who logged on and sang hits from Juhi Chawla's movies, infuriating the judge.

The Bollywood actor had, oddly, shared the link for the court hearing on Twitter and Instagram, inviting people to join in.

If you do think this concerns you in anyway, feel free to join our first virtual hearing conducted at Delhi High Court, to be held on 2nd June, 10.45 AM onwards ???? Link in my bio. https://t.co/dciUrpvrq8

A little later, he ordered another singer removed from the hearing.

When it happened the third time, the judge directed that the person be identified and a contempt notice be issued.

The lawsuit by Juhi Chawla, Veeresh Malik and Teena Vachani said if the telecom industry's plans for 5G became a reality, it would cause irreversible damage to the environment and "no person, animal, bird, insect and plant on earth will be able to avoid exposure, 24 hours a day, 365 days a year, to radiation 10x to 100x times greater than what exists today."