The letters were written between November and December last year, an official said. 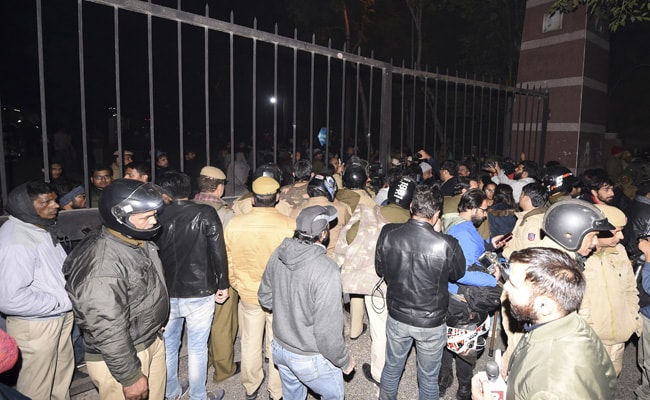 Students and teachers were injured in a mob attack on JNU campus. (PTI)

Before the January 5 violence at Jawaharlal Nehru University, the Delhi Police had written to the university authorities at least four times, stressing the need for them to "initiate dialogue with the students' body, a senior official said on Tuesday.

The letters were written between November and December last year, he said.

In one of the letters written to JNU Registrar Pramod Kumar on November 26, the station house officer (SHO) of Vasant Kunj (North) police station had said "a major law and order issue was created" as students were stopped twice by police during a protest march on November 18 against a hostel fee hike.

The JNU Students Union had given the call for the march towards Parliament.

"The students are demanding a dialogue with the JNU administration, but no such initiative has yet been taken" by the varsity and due to this the "students are very much agitated", the SHO had stated in the letter.

Referring to another protest by the students on November 9, the letter said, no one from the administration came to meet the students.

"On this the JNU students were very much agitated and they gave call to block the administrative office of JNU from 10.11.2019," the letter said.

The letter by the SHO was written a day before the JNUSU had called for another protest.

Details of the other letters are not known.

Early this month, the university had witnessed a tussle between student groups over the issue of registration.

Amid the stir, masked men went on a rampage on the JNU campus on January 5, attacking students and teachers with rods and sledgehammers, leaving over 30 people injured.