Professors Ameet Parameswaran, Shukla Sawant and Atul Sood, in a petition, sought necessary directions to the Delhi Police Commissioner and the Delhi government. 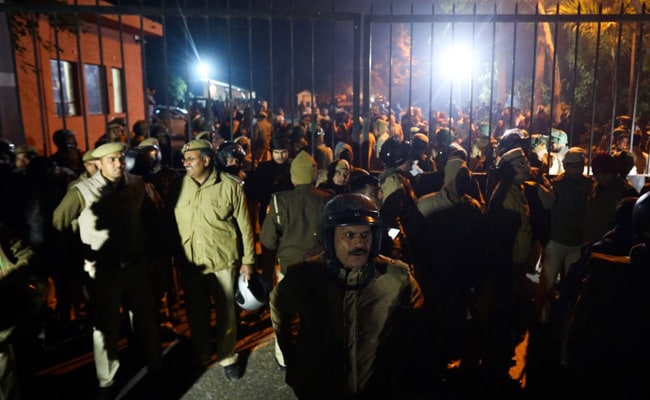 Three Jawaharlal Nehru University (JNU) professors have filed a petition in the Delhi High Court today seeking preservation of evidence including CCTV footage, WhatsApp messages, relevant data and information relating to the January 5 violence that took place in the university campus. The matter is likely to be heard on Monday.

The professors want relevant data of WhatsApp groups ''Unity against Left'' and ''Friends of RSS'' retrieved which includes messages, pictures, videos and phone numbers of the members, in connection with the violence at JNU on Sunday evening.

This takes the number of complaints in the case to 14. Around 12 people have contacted the Delhi police and recorded their statements.

On Sunday evening, a mob of masked men stormed the campus and targeted students in three hostels. No arrests have been made so far in the case that left at least 34 injured in a horrifying attack that lasted over 3 hours. The FIR in the case is against unnamed persons.

However, two cases were filed against Aishe Ghosh, the chief of the JNU students' union, by the JNU administration on the day of the attack, while she was being treated at AIIMS for her injuries. Ms Ghosh says she was surrounded by 20-30 people, hit multiple times with an iron rod and even "physically molested" while sexual expletives were shouted at her.

CCTV footage was not available because of the damaged server at the university, ANI reported, post which crime branch took the entry register.

The violence at the university, whose students have been actively supporting the protesters against the amended Citizenship Act, triggered a furore across the country with celebrities to political parties condemning the attack.