JNU Teachers' Association also carried out a protest outside Delhi Police Headquarters demanding action in the mob violence inside the JNU campus. 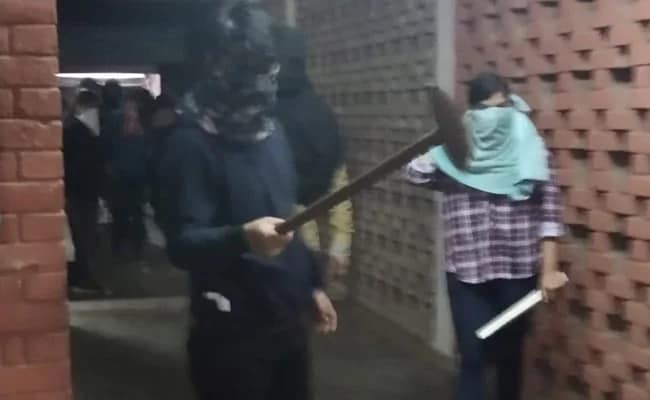 The Jawaharlal Nehru University Teachers' Association (JNUTA) has written to Delhi Police Commissioner Amulya Patnaik over ''inaction of police in the matter of the investigation into mob violence by masked persons'' on the campus on January 5 this year.

"We would like to emphasise here that a very important aspect of the mob violence on January 5th, 2020 was the targeting of teachers. A meeting organised by JNUTA to appeal for peace on the campus was attacked and several teachers attending it were assaulted and injured, one teacher suffering a grievous head injury," reads the JNUTA letter to Amulya Patnaik.

"After the initial press conference that the Delhi Police had, no further progress has been reported even though a promise to that effect has been made on January 10. No members of the mob have been identified, nor any arrests made, even though more than a month has passed since the incident," the letter adds.

Meanwhile, JNUTA also carried out a protest outside the Police Headquarters in Delhi demanding action in the matter of mob violence inside the JNU campus.

JNU students, as well as opposition parties, are protesting against the violence on the campus on January 5.

More than 30 students of the university including JNUSU president Aishe Ghosh were injured and taken to the AIIMS Trauma Centre after a masked mob entered the university and attacked students and professors with sticks and rods.

The JNU administration and politicians, cutting across party lines, condemned the attack on students and urged the police to take strict action against the perpetrators.