JNU Student Protest: The Jawaharlal Nehru University Students Union (JNUSU) has blamed the Vice-Chancellor M Jagadesh Kumar for the crisis in the university and has urged the Ministry of Human Resource Development to remove him from his post. 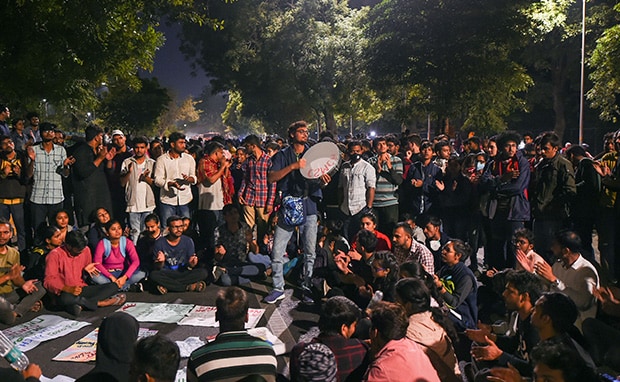 The JNU students' protest against the fee hike has entered close to two weeks after a draft hostel manual was issued that includes provisions including hostel fee hike, dress code and curfew timings.

The fee was partially rolled back after hundreds students students protested against the fee hike. They also clashed with the police on the university's convocation day.

Now, the room rent for single-seater rooms has been kept to Rs 600 per month, while it will be Rs 300 for those students who are from the below poverty line (BPL) category.

The room rent for double-seater rooms has been kept at Rs 300 per month for all while it is Rs 150 for eligible Below Poverty Line category students.

The Jawaharlal Nehru University Students Union (JNUSU) has blamed the Vice-Chancellor M Jagadesh Kumar for the crisis in the university and has urged the Ministry of Human Resource Development to remove him from his post. The student body also dismissed the rollback, calling it an "eyewash".

Earlier on Tuesday, the students were stopped by the police near the campus soon after they began marching towards parliament amid tight security to demand a "complete rollback" of the recent hostel fee hike.

The students' body had said the march to parliament was a "way to appeal to the lawmakers to fight on our behalf inside the floor of the house".

The Education Ministry had also formed a three-member panel  to recommend measures for restoration of normal functioning of the central university.