JNU Row: It Takes Rs 100 To Organise Any Event At Campus, Say Students 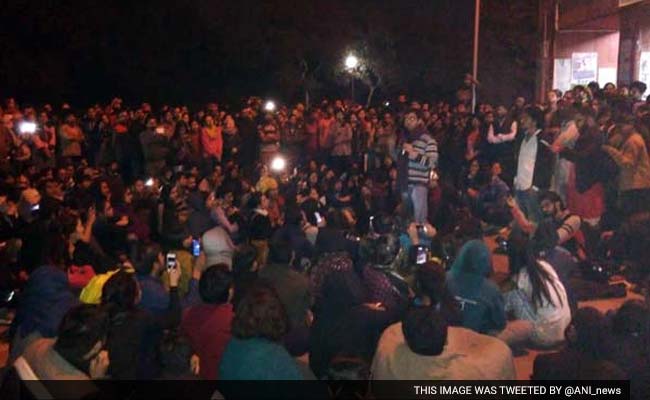 Six students were identified by the police for their alleged role in the February 9 event during which anti-national slogans were allegedly raised.

New Delhi: Ridiculing allegations of having received "foreign funding", the students charged with sedition in connection with a controversial event on Jawaharlal Nehru University (JNU) campus against hanging of Afzal Guru claimed that it takes only "Rs 100" to organise any programme at the varsity.

"Various theories are being applied to probe our 'terror links' and allegations are being made that we had received foreign funding and planned meticulously for the so called anti-national event," said Anant Prakash Narayan, former JNU Students' Union (JNUSU) Vice President, who is among those charged with sedition.

"The truth is that those who know the JNU culture are aware of the fact that it takes just Rs 100 to organise any event here and the same can be done without planning within an hour," he added.

Ashutosh Kumar, former JNUSU President said, "Our names are being taken in court rooms and news studios. They are being screamed in Parliament. The entire country is looking at us as terrorists. But do they even know how things function in JNU and how routinely these affairs are handled."

"We do not need any funding from any terror group to have a debate on Afzal Guru. Any university needs that? We are students, we just wish to debate, question and express. The way the government and police have blown things out of proportion is an example of the intolerance in the country," he added.

Mr Narayan and Mr Kumar, both PhD students at the varsity, are among the six students identified by the police for their alleged role in the February 9 incident during which anti-national slogans were allegedly raised.

While the students' union president Kanhaiya Kumar was arrested on February 12, the duo along with three others - Umar Khalid, Anirban Bhattacharya and Rama Naga - had gone in hiding fearing "mob-lynching".

They resurfaced back on campus 10 days later. While Mr Khalid and Mr Bhattacharya surrendered before the police, the remaining three refused to do so but maintained that they are open to questioning by police as and when needed.

They are now leading the movement along with JNUSU Vice President Shehla Rashid Shora against the alleged branding of university as "anti-national".

The six students were also academically debarred by the university administration after a preliminary inquiry report by the high-level committee found their involvement in the incident.

However, they have been allowed to stay in the university hostels as guests.