Talking to ANI after switching to BJP, Jitin Prasada said the decision was not easy for him but he reached it after talking to people and listening to his conscience. 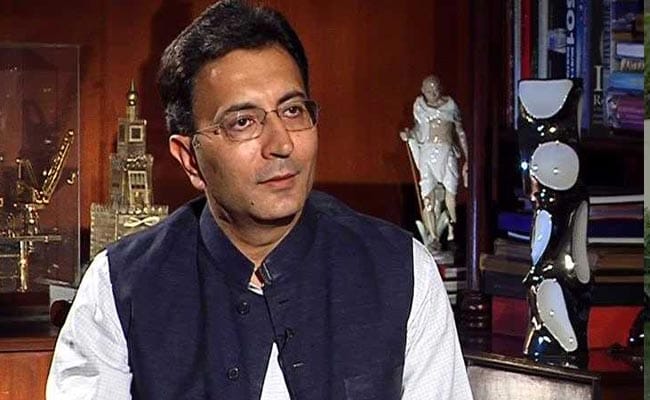 Talking to ANI after switching to BJP, Mr Prasada said the decision was not easy for him but he reached it after talking to people and listening to his conscience.

"I have a three-generation long connection with Congress. So, this was not an easy decision. With a lot of thinking, conversations with people and listening to the voice of my conscience, I did this," he said.

The BJP leader said that in the current situation BJP and Prime Minister Narendra Modi's leadership is the most capable, and added, "For the future generation too, this party will prove to be useful".

When asked to comment on MP Congress's tweet calling him garbage, Mr Prasada said, "I won't make a comment, everyone is free to criticise. Those who have a small mindset, remain small. I''ll receive everyone's criticism as ''prasad''. I believe that my decision is right and in the country's interest".

On Wednesday, hours after former union minister Jitin Prasada joined the BJP, the MP unit of Congress said in a tweet the party is "happy" at his "leaving" and compared his switching sides to the process of putting "kuda" (garbage) in "kudadaan" (dustbin)". The tweet was later deleted from the official handle of the Madhya Pradesh Congress.

"What can I say? He is such a senior leader but I know the situation in UP and the connection between people and Congress. I decided this after thinking about everything," he said.

Earlier today, Kharge said, "Jitin Prasada was traditional Congressman, we gave him respect, he wasn't ignored. He was general Secretory, Bengal in charge...was allowed to contest every time. Despite this, if he blames Congress and ideology for which he and his father worked, it's sad."

Mr Prasada, former MP from Uttar Pradesh's Dharahura, joined the BJP in the presence of Union Railway Minister Piyush Goyal at the party headquarters on Wednesday.

He belongs to a prominent political family in Uttar Pradesh which worked in Congress for decades.

Mr Prasada joined the BJP ahead of assembly polls early next year and his decision is being seen as a jolt to the Congress which was trying to revive itself in the crucial state under the guidance of the party general secretary Priyanka Gandhi Vadra. He was among the young frontline leaders of the Congress, especially in Uttar Pradesh.