Jitendra Arjunwar had reportedly crossed into Pakistan's Sindh while in search of water across Rajasthan desert. 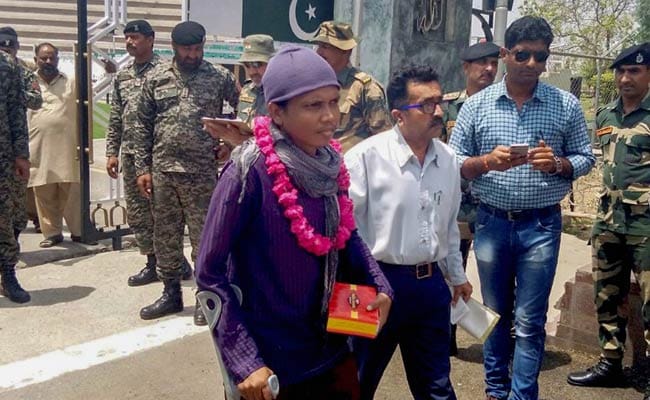 Seoni, Madhya Pradesh: Nearly five years after he inadvertently crossed into Pakistan and was subsequently jailed, Jitendra Arjunwar, who hails from Madhya Pradesh, today returned to his home in Barghat area near Seoni, four days after he was handed over to Indian authorities by their Pakistani counterparts at the Wagah border.

Mr Arjunwar had reportedly crossed into Pakistan's Sindh while in search of water across Rajasthan desert.

He was arrested by the Pakistan police on August 12, 2013, and was lodged in the Hyderabad Central Jail in Sindh province there.

An assistant sub-inspector of the Seoni police was sent to the Wagah border along with Arjunwar's younger brother to receive him, Seoni Superintendent of Police Tarun Nayak said.

Mr Arjunwar, who walks with the help of crutches, was handed over to Indian authorities on May 2.

The Ministry of External Affairs (MEA) had last month confirmed to the Pakistan authorities that Mr Arjunwar is an Indian citizen, following which the Seoni police forwarded documents related to his citizenship as demanded by the MEA and the Ministry of Home Affairs, the SP had said.

Promoted
Listen to the latest songs, only on JioSaavn.com
Mr Arjunwar's voter ID and ration card were submitted as proof of his Indian citizenship.

Mr Arjunwar's brother, who works as a mechanic in Barghat town, had earlier said that his sibling was unable to walk properly and had to use crutches.