In case of any trouble, the pink scooty patrolling members would immediately dial 100 or contact senior officials. 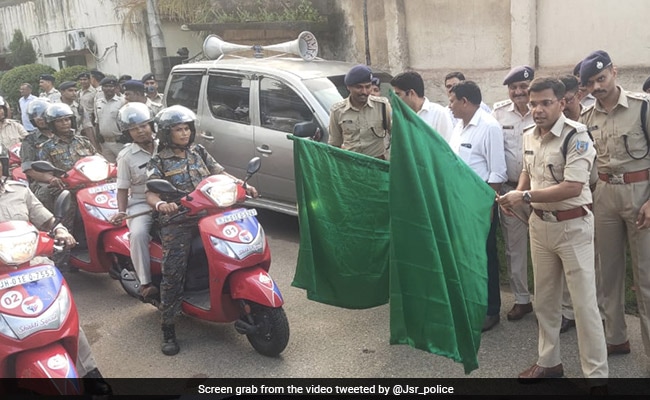 Mission 'Shakti Squad' was flagged off by SSP, Sakchi CCR.

Senior Superintendent of Police, Prabhat Kumar, Additional District Magistrate (L&O), Nandkishore Lal flagged off the "Shakti Squad" on Friday, who will patrol around the city on 25 pink scooties during the festival.

The objective was to ensure safety of women, who could move around puja pandals without fear, the SSP said.

In case of any trouble, the pink scooty patrolling members would immediately dial 100 or contact senior officials, so that additional reinforcements could be sent to the spot for necessary action, the SSP said, adding that the squad members would also keep an eye on pick-pocketers and snatchers.

Meanwhile, the SSP said an elaborate security arrangement has been made to maintain law and order during the festival.

The district police would also keep close watch on social media, he said.

The SSP warned against posting/forwarding any objectionable videos or message that could disturb the prevailing peace and tranquility and the culprits will be dealt with strongly.