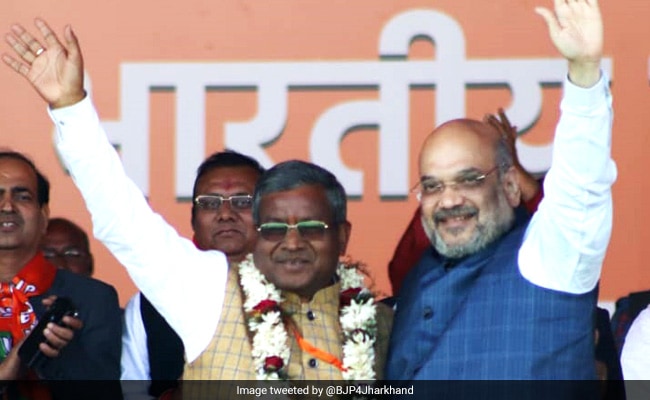 Union Home Minister Amit Shah welcomed Babulal Marandi into the BJP at a rally in Ranchi.

Union Home Minister Amit Shah welcomed Mr Marandi, the first chief minister of Jharkhand, and his supporters into the saffron party at a rally in Ranchi.

Mr Shah also assured the tribal leader that he will get due respect and responsibility in the BJP.

"I am delighted that Babulal Marandi has returned to BJP. I was working for his return since 2014 when I became the party president," Mr Shah told the well attended rally.

He also raised the Ayodhya issue and withdrawal of special status to the erstwhile state of Jammu and Kashmir.

"Prime Minister Narendra Modi has ensured Kashmir becomes an integral part of India forever by scrapping articles 370 and 35(A) of the Constitution," he said.

Mr Marandi was the chief minister of Jharkhand from November 2000 to March 2003.

A four-time former MP, he gradually drifted away from the BJP and launched his own outfit-- Jharkhand Vikas Morcha (Prajatantrik) in 2006.