Jharkhand To Cancel Licence Of 7 Missionaries Of Charity Child Shelters

The Ranchi DC had ordered a probe into the children's homes run by Missionaries of Charity. 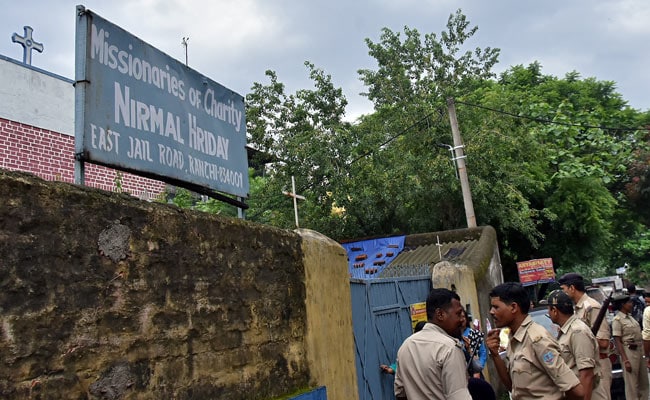 The Jharkhand government will cancel the licence of seven children's homes run by Missionaries of Charity in Ranchi, an official said today.

"A notification is likely to be issued after Independence Day," said the official.

The Ranchi DC had ordered a probe into the children's homes run by Missionaries of Charity. The district officials inspected the homes and recommended action as these homes did not follow the norms, the official said.

Two other institutions, Asha Sansthan and Kishori Niketan, have been given three months to improve their functioning.

"Of the seven children''s homes, one had no building, another was not following the guidelines prescribed under the Juvenile Justice Act. The third home kept 43 children in two rooms and the address of another was found wrong. The fifth home''s licence expired, while some discrepancies were detected in other two homes," said the official.

Ranchi Arch Bishop Felisk Toppo in a statement two days ago had alleged that the state had adopted repressive measures against the Missionaries in the name of investigating the NGOs. The state CID is investigating the funding of 88 NGOs.

The state BJP has rejected the Arch Bishop's charges. "The investigation is going on at the directive of the the Union Home Ministry. The Missionaries should cooperate in the probe," said Pratul Sahdero, Jharkhand BJP spokesperson.

Comments
Missionaries of Charity in RanchiChildren's Homes in Jharkhand