When the lockdown was announced in March 2020, he set out to return home like other migrant labourers. But he reached Teleganan's Khammam district instead of Jharkhand. 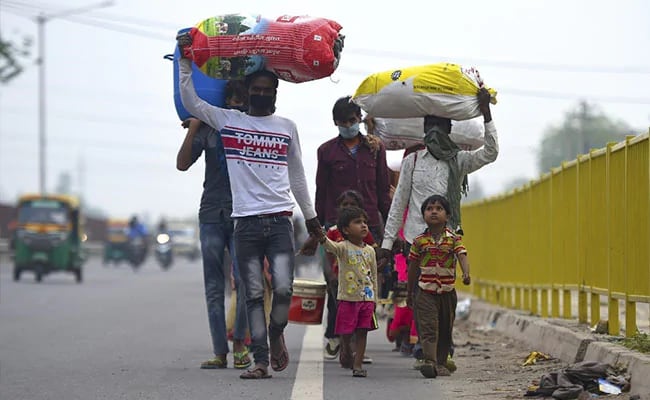 A man from Jharkhand, reported missing since the coronavirus-induced nationwide lockdown last year and presumed dead by his family, was reunited with them due to the efforts of a Telangana-based non-profit, officials said today.

Marcus, a resident of Jharkhand's Simdega district, had gone to work in Goa in February 2020, they said.

When the lockdown was announced in March 2020, he set out to return home like other migrant labourers. But he reached Teleganan's Khammam district instead of Jharkhand.

Unable to find shelter in a new place amid the lockdown, and allegedly subjected to abuse by people, the 45-year-old man suffered a mental breakdown and was handed over by the district administration to a non-governmental organisation (NGO) run by Dr Annam Srinivasan.

Around 10 days back, Marcus managed to recall his name and address, following which the NGO contacted the local authorities in Jharkhand, Additional District Judge Madhuresh Kumar Verma said.

Marcus was finally reunited with his brother at the Civil Court in the presence of the Additional District Judge and Chief Judicial Magistrate Anandmani Tripathi Thursday.

The family, which had presumed him dead after receiving no information about him for 16 months, was overjoyed after his return.

The relieved family said Dr Annam Srinivasan NGO was a godsend for them, as its efforts helped Marcus recover and remember everything.

"On August 5, Marcus was handed over to his family members by the NGO in front of the court at Simdega. The NGO also gave Rs 25,000 to the man," the officials said.