The Bokaro civil surgeon said he was surprised and has asked for the constitution of a medical team to analyze the medical history of the case. 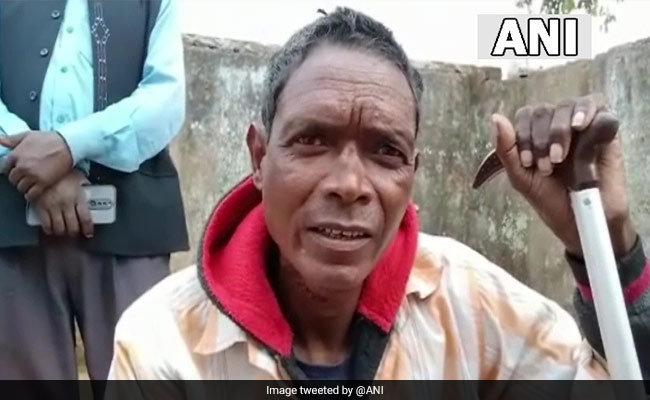 Jharkhand: As per the man's family, after an accident, he lost his voice and became paralyzed.

A 55-year-old man, who had become paralysed and lost his voice four years ago in an accident, said he was able to move and speak after he was given Covishield vaccine on January 4.

Bokaro Civil Surgeon Dr Jitendra Kumar said he was surprised and has asked for the constitution of a medical team to analyze the medical history of the case.

Dularchand Munda from Salgadih village in Bokaro said on Friday, "Glad to have taken this vaccine. I can move my legs after taking the vaccine on January 4."

As per Dularchand Munda's family, after an accident four years ago, he lost his voice and became paralyzed.

But Dularchand Munda claimed that a miracle happened to him after taking the COVID-19 vaccine. "My voice came back and my feet also moved," he said. He himself stood on his feet and walked.

Dr Jitendra Kumar said, "Amazed to see this. But it needs to be ascertained by scientists. Had he recovered from a medical condition not more than some days old, it could be understood but recovering suddenly from a four-year-old medical condition after taking the vaccine is unbelievable", said.

Health officials said it was a subject of research.

"Accurate information and answers will be available in the coming days when the medical world will conduct research on Dularchand Munda's illness and his recovery", said Albel Kerketta, in charge of Petarwar health centre.

According to Dularchand Munda's family, he underwent treatment after the accident, but his body part had stopped working. With this, his voice also started to falter.

Dr Albel Kerketta said that the vaccine was given by the Anganwadi centre's worker on January 4 to Dularchand Munda and his family. From January 5, Mr Munda's lifeless body started to move.

Village teacher Raju Munda said the incident is nothing short of a miracle. According to him, Dularchand had been under treatment at a cost of Rs 4 lakh which had no outcome.

"Then how can the COVID-19 vaccine do wonders?" he asked.