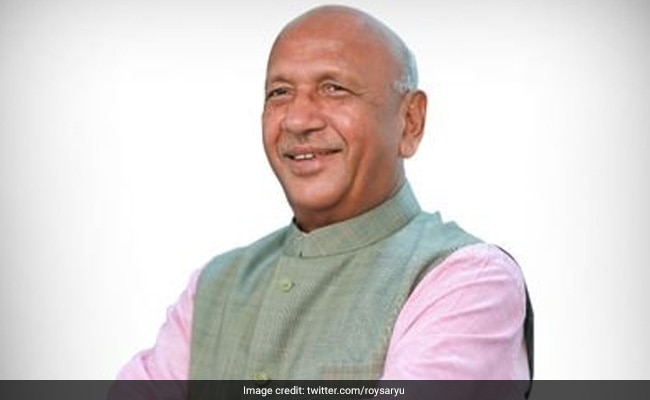 Jharkhand elections: Jharkhand minister Saryu Roy has not got a ticket from the BJP.

Upset over his name not featuring in the list of 72 candidates announced so far for the Jharkhand assembly elections, senior BJP leader Saryu Roy on Sunday said he will contest against Chief Minister Raghubar Das as an Independent.

In a letter addressed to Jharkhand Governor Droupadi Murmu, Mr Roy said he is resigning from the ministry and that it be accepted with immediate effect. He was the Food, Public Distribution and Consumer Affairs Minister in the Jharkhand Cabinet.

Mr Roy's move comes after his name did not figure in the first four lists of 72 candidates declared by the BJP for the 81-member assembly in Jharkhand, for which elections will be held in five phases between November 30 and December 20.

Asked if he was taking on his own party by deciding to contest against the Chief Minister, he said, "Let the BJP take action against me."

The BJP has re-nominated Raghubar Das from the Jamshedpur (East) seat, while it is yet to announce its candidate from Jamshedpur (West). The two seats will vote in the second phase of elections on December 7.

To a question on whether contesting elections from two seats would be a tall order, Mr Roy said, "Not at all. The geography of Jamshedpur, its people and issues are the same. My supporters will campaign from my home constituency, while I will concentrate on Jamshedpur (East)."