The jetty was included in the list of Indo-Bangladesh Protocol routes in an agreement signed between the two countries at Dhaka on May 20. 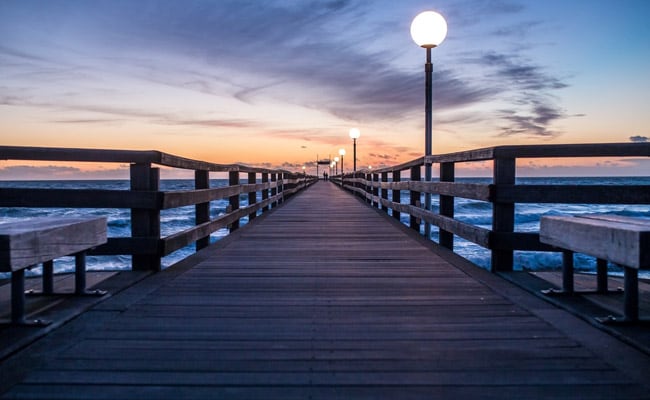 The jetty would help connect Sonamura with Daudkandi in Bangladesh (Representational)

A jetty was constructed on the river Gomati in Tripura's Sipahijala district to operationalise a part of the Indo-Bangla waterway project, officials said on Wednesday.

The jetty would help connect Sonamura with Daudkandi in Bangladesh, a distance of only 80 kilometres. At present, ships and steamers ply from Haldia in West Bengal to Daudkandi, which is a longer route.

"The floating jetty at Sonamura is capable of carrying 12 tonnes of goods. It is now ready for operation," Sub-Divisional Magistrate of Sonamura, Subrata Majumder, told PTI.

The jetty, constructed by a Pune-based company, was included in the list of Indo-Bangladesh Protocol routes in an agreement signed between the two countries at Dhaka on May 20.

The Public Works Department is now constructing the approach road, which would be completed by next month and after that, it would be inaugurated, Mr Majumder said.

The temporary jetty, which was completed in three weeks, could be a game-changer in the state's communication system, officials said, adding that boats and barges capable of carrying 12 tonnes of goods would start moving in this route.

In a social media post, Tripura Chief Minister Bipab Kumar Deb said, We shall have a route from Varanasi to Sonamura opened for us. It is a historical milestone for us.

"It has been done for the first time in Tripura, that too amid COVID-19 lockdown. I thank Prime Minister Narendra Modi and MoS for Shipping Ministry for the initiative."

Mr Deb said the new water route would facilitate export of pineapple, lemon, jackfruit, cashew nut, orange and bamboo products to other states and abroad, and transport goods from Bangladesh to India. The Gomati has sufficient water for movement of boats and barges since it is monsoon now, Mr Deb said.

Though full-fledged operation would require a permanent jetty, a temporary one was built to handle traffic and works for construction of a permanent jetty which could be completed in three years, the chief minister said.

A technical committee of the Ministry of Shipping had visited Srimantapur area of Sepahijala district last year and surveyed three plots of land near Srimantapur Land Custom Station to build a boat jetty and a warehouse.

A terminal building would also be set up for checking imported goods from Bangladesh, officials said.

They said plans are afoot for dredging the riverbed of Gomati to make way for boats and barges from Sonamura till Ashuganj river port of Bangladesh during the winters.

The Indo-Bangla waterway project will connect Gomati river with the Meghna river of Bangladesh to get access to Ashuganj port.