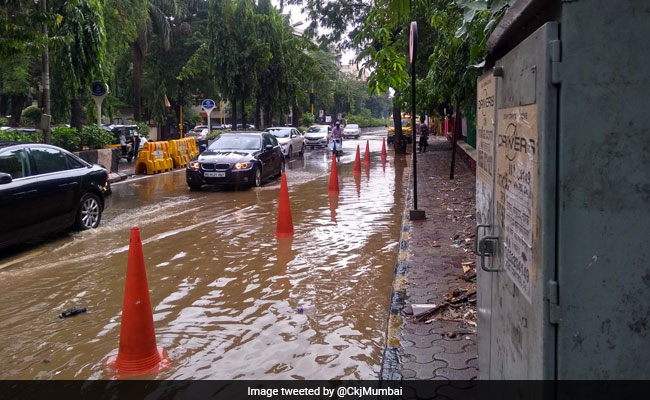 Mumbai: Heavy rain in Mumbai has delayed several trains and a Jet Airways flight from London has been diverted to Ahmedabad, reports said on Thursday.

Flooded roads have been reported from Dadar, Parel, Cuff Parade, Bandra, Borivali and Andheri. Disaster management authorities have warned about very heavy rainfall over the next 24 hours.

Several trains were reportedly forced to wait as power supply was disrupted. Trains were running late by 15-20 minutes on the Mumbra Thane line.

The BMC or the Brihanmumbai Municipal Corporation said in a statement that a number of precautionary measures had been taken and the leaves of senior officials, including deputy municipal commissioners and assistant commissioners, have been cancelled. 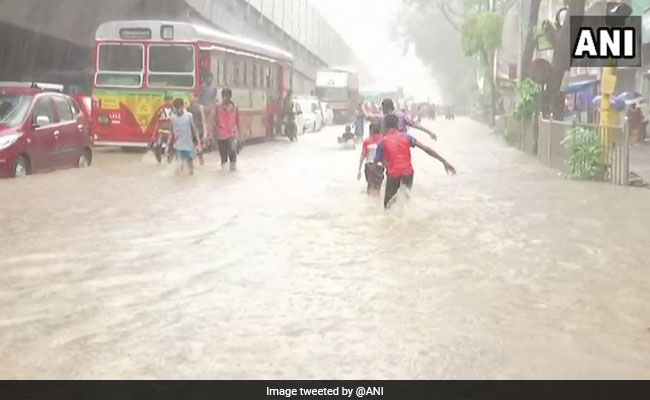 These are pre-monsoon showers. "In the next 48-72 hours monsoon is expected to reach Mumbai. Heavy rain warning is in place for June 8, 9 10," said the met department.

The monsoon reached the Goa and Konkan coast today. On the weekend, rain is expected in Gujarat, southern Madhya Pradesh, West Bengal, Chhattisgarh and Odisha.

Officials equipped with walkie-talkies and flood rescue supplies have spread out across Mumbai, which suffers the most during the monsoon.

Navy personnel are being posted at areas like Colaba, Worli, Ghatkopar, Trombay, Malad for flood rescue, according to news agency PTI.

Officers have been asked to keep schools open at all times for shelter during possible flooding.