Jet Airways cabin pressure incident: The aviation ministry has ordered a report on the alleged error and the crew has been taken off the roster pending an investigation. 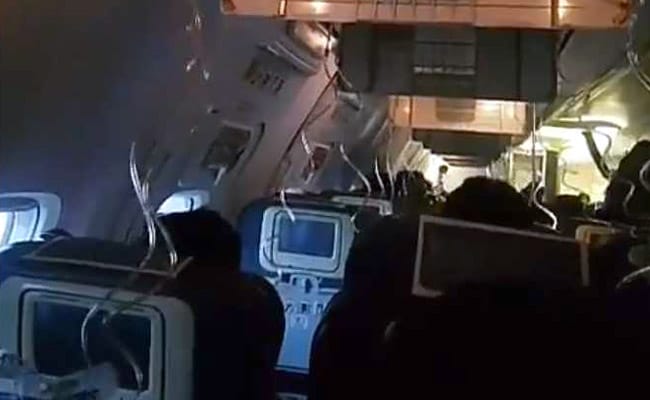 Passengers tweeted about "horror in the air" after a Jet Airways flight was forced to return shortly after take-off from Mumbai today because of a sharp drop in cabin pressure, which caused headache and nose-bleed. According to reports, the crew "forgot" to turn on a switch that controls cabin pressure mid-air.

The aviation ministry has ordered a report on the alleged error and the crew has been taken off the roster pending an investigation.

Horror in the Air : Passengers onboard a Jet Airways flight between Mumbai and Jaipur suffered nosebleeds, ear bleeding and headaches after cabin pressure dropped inside the aircraft. The aircraft had to return to Mumbai mid-flight on 20th Sept. #JETAIRWAYS#flights#aviationpic.twitter.com/SeHCUkiP27

"The masks suddenly came down. The arrangements were so bad that no one told us anything," a passenger told NDTV.

Darshak Hathi, another passenger, described a flight that had faced problems from the start. "After we took off the AC malfunctioned, then air pressure system malfunctioned too and oxygen masks came out. Some of us experienced nose bleeding and headache," he told news agency ANI.

Aviation expert Harsh Vardhan called it a "very serious" human error, never heard of in India. "The higher you fly, the oxygen in the air gets thinner, passengers need oxygen, either through masks or by creating such conditions on the plane," Harsh Vardhan said.