The JEE begins today despite widespread opposition from students, activists and the governments of several non-BJP ruled states to both the JEE and NEET. 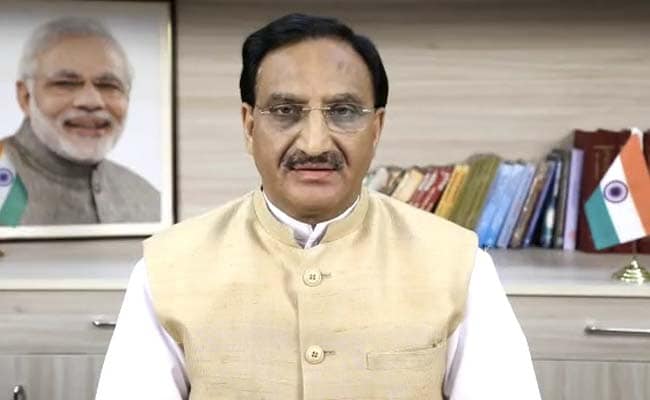 "JEE and NEET had to be postponed several times due to the coronavirus pandemic. JEE and NEET exams are being held to ensure that students don't lost a year. I am happy that nearly all students have downloaded their admit cards and there is enthusiasm among students," Mr Pokhriyal said in a video he tweeted last night.

While the JEE is from September 1 to 6, the NEET exam is scheduled for September 13. The JEE begins today despite widespread opposition from students, activists and the governments of several non-BJP ruled states to both the exams.

"I would like to extend my best wishes to you. Dear students, I am very happy that you have done your preparations. I am happy that over 7,77,465 students have downloaded their admit cards. I wish you good luck," Mr Pokhriyal said.

The Union Minister said he has spoken with Chief Ministers of most states to ensure that students do not face problems while appearing in the exam.

"I have spoken and appealed to the Chief Ministers of most states to help students in their states and I am sure that the SOPs issued by the Health, Education and Home Ministries will be followed," Mr Pokhriyal said in a video he tweeted last night," the Union Minister said.

On Friday, six opposition-ruled states  approached the Supreme Court seeking a review of its order permitting the centre to go ahead with holding the two exams amid the pandemic.